Lamborghini has celebrated its 50th anniversary these last weeks and for the occasion presents the new Egoista concept sports car. Unveiled at the last stop of the Grande Giro d’Italia tour, the car is powered by a 600 hp V10 engine.

“the single-seater concept is characterized by two fundamental aspects: its architecture, and the materials used. the cockpit, designed like a tailor-made suit for the driver, is a removable section which, once combined with the rest of the vehicle, creates a perfect technical, mechanical and aerodynamic unit. influenced by the world of aviation – specifically an apache helicopter – the cockpit can be ejected in an emergency.”

In general Lamborghini took a rather extreme design route with the Egoista, seen both on the exterior and on the interior, which reminds of a helicopter and/or airplane cockpit. via HS 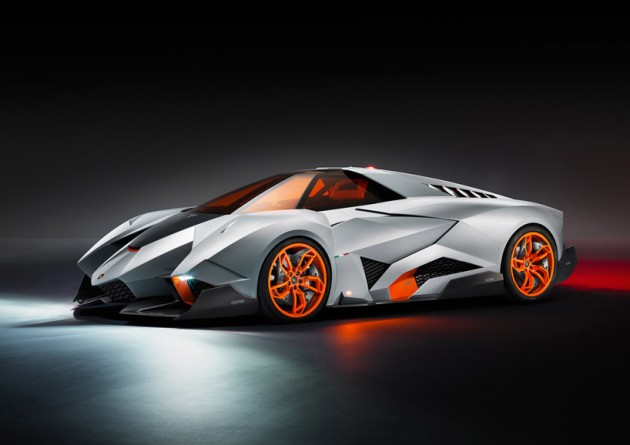 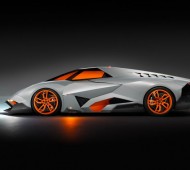 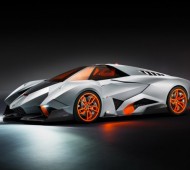 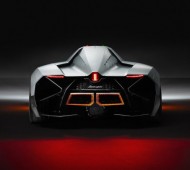 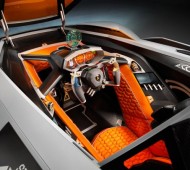 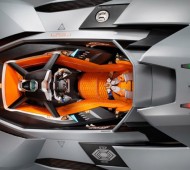 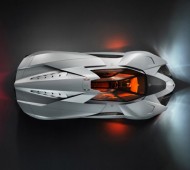