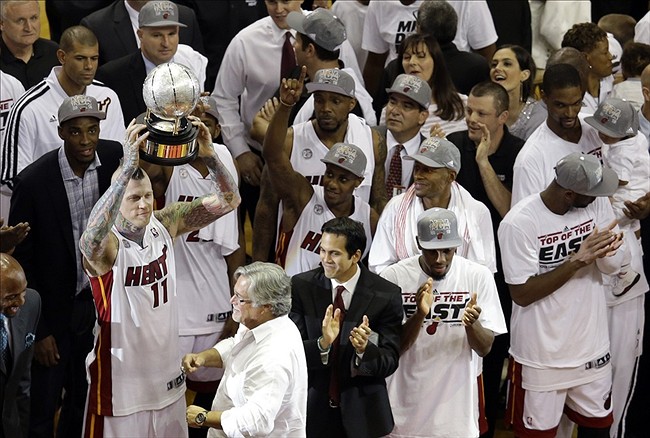 The Miami Heat are now your Eastern Conference Champions beating the Indian Pacers in game seven, beating the pacers 76 to 99.  This was definitely a close series both team battling neck and neck to eliminate each other, throughout the season it seemed to be a bit of bad blood on the court with tensions highs, but even with being in fall trouble and tempers flaring the heat managed to persevere and win. Lebron James had a great game with 32 points and 8 rebounds, Dwayne Wade also had a great game 21 points. This is the third year in a row that the Heat will be going to the Finals losing to Dallas in 2011 and beating OKC in 2012, and will now defend the Championship against the San Antinio Spurs on Thursday June 9th. Checkout the video below for some highlights from last nights game.