For Fall 2013, Cole Haan presents several different colorful versions of their flamboyant LunarGrand Long Wing. Finished with umbranil leather, each iteration features a dark polish on top with base colors on the bottom. The result is a nice high-gloss finish that will be available in five different colorways at Cole Haan SoHo beginning June 5, followed by other Cole Haan locations and Colehaan.com in early July. via HS 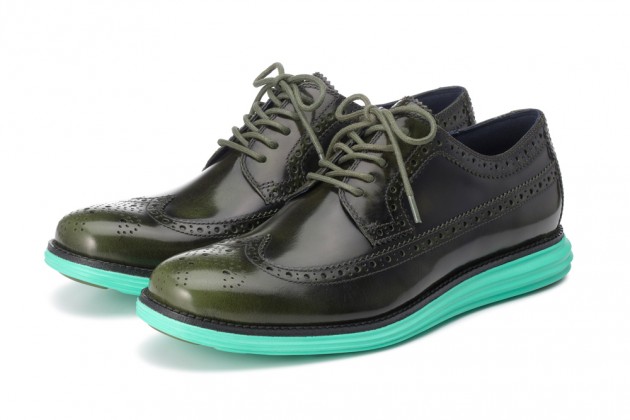