The Roshe Run continues to be dominate Nike’s roster with another Roshe Run creation with the Rosh Run High. The Roshe Run High is exactly what it sounds like a high-top version of the Roshe Run silhouette. Today’s preview gives you a look at three  clean color-ways in the Roshe Run High. The first sneaker we’re giving you a look at sports a Red upper combined with a white sole and black color swoosh’s, the upper is made of the mesh like material that is featured on the original Roshe Run’s. The second pair we’re giving you a glimpse of is the most toned down of the group with a black upper contrasted by white accents very clean and simple. And last but not least this Roshe Run High has a nice contrast color combo with a dark navy blue upper contrasted a lime sole, this one is a bit different than the other two being that the swoosh’s are the same color as the upper. Checkout the gallery below and keep it locked here at 8and9.com for a release date. 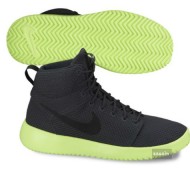 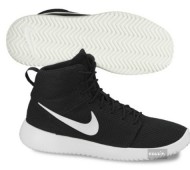 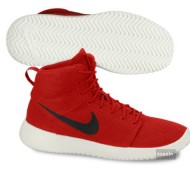