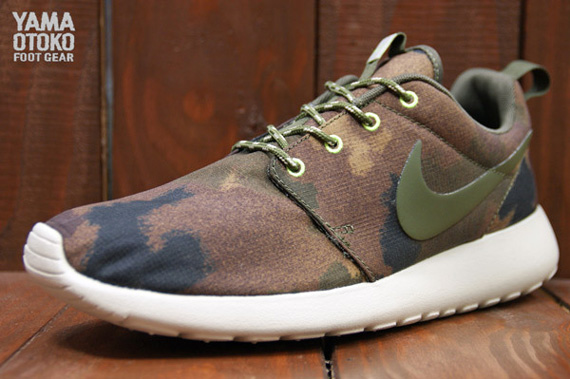 As the Nike Roshe Run continues to dominate Nike’s runner seen it is constantly re-invented itself with so many variations of the sneaker its safe to say the Roshe Run is its own entity. The latest Roshe Run we are showing you is the Roshe Run Print this particular color-scheme features a a un-conventional camo that has a water color vibe to it. The sneakers camo upper was contrasted nicely using a white sole and olive swoosh’s, lining and laces all complement this earth tone color-scheme. This is just another sneaker like the Air Max Thea’s we showed you yesterday that will have fellas a bit envious of the ladies hopefully in Nike’s sudden camo craze they decided to release a mens variation. The sneakers are set to drop this Saturday in Japan there’s no word yet if these will be hitting the state but keep it locked here at 8and9.com for more images and info. 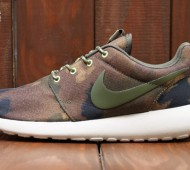 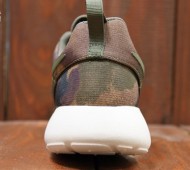 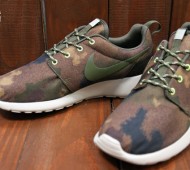 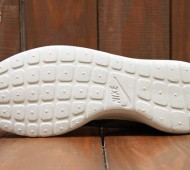