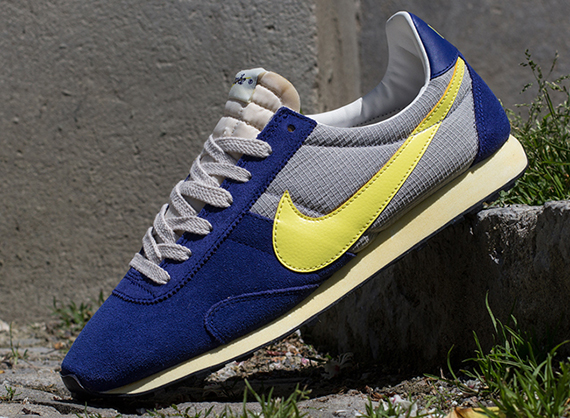 Steve Prefontaine’s will be remembered for allot of things mostly his domination of the running world and for being one of the front runners responsible for the over night running craze of the 1970’s, and Nike’s keeping the running memory alive with the re-introduction of his signature runner the Pre-Montreal Racer. The Pre Montreal Racer is an extremely clean design which was very simple, but at the same time sporty enough to compete with the tough competition. This vintage silhouette was given a vintage look with a yellowed tongue and sole that Nike added to give you a real 1970’s feel. The color-scheme is two toned with the first half displaying a blue suede which was cut off by the grey grid mesh covering the other half, a color Nike’s calling sonic yellow was used on the swoosh’s contrasting the upper and the aged accents perfect. Checkout the gallery below for a better look at these upcoming Nike Pre Montreal Racer’s and keep it locked here at 8and9.com for a release date and more images. 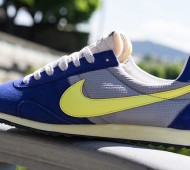 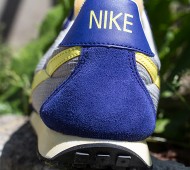 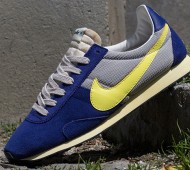