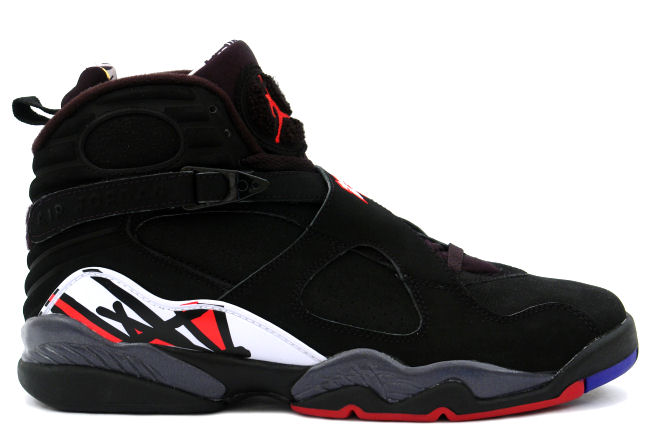 As we await June 29th for the release of the Jordan 8 Playoffs, we would like to take a look back at the Jordan 8 playoffs history and its previous releases.

The Original Jordan 8 Playoffs were released in 1993 hitting the shelves during spring which happened to be playoff time. That should explain why the sneakers were dubbed with the playoff nickname. The Jordan 8 was also the first Jordan to not feature Nike branding this is when Tinker Hatfield and Jordan decided they could hold their own. 1993 was a tough year for Jordan and Jordan fans, it was the last season before Jordan had announced his retirement after winning 3 straight Championships. Although Jordan wasn’t playing Basketball, and was now playing baseball for the White Sox’s, the Jordan 9 still came out in 93-94 reassuring Jordan fans that the sneakers were going nowhere despite the fact Mike wasn’t playing Basketball.

2003 was interesting for the Jordan 8 Playoffs, the silhouette was given a low-top make over making it the first time we see a low-top Jordan 8 playoff silhouette. The Jordan 8 playoffs would not be seen in their hightop form again until fourteen years after its original release back in 1993. In 2007 the sneaker made its way back as a retro in December following the release of the Aqua Jordan 8’s earlier that year which were also being retroed for the first time. The 2007 version of the Jordan 8 Playoffs is a little different then its ’93 counterpart featuring a grey midsole instead of the original black midsole seen on the first Jordan Playoff 8’s. The sneaker was once again a focal point for Jordan fans, even over shadowing the introduction and release of the Jordan 22 silhouette.

Now after another 7 years the Jordan 8 playoff will be making its way back to retailers and into our closets. Checkout the gallery below for a look at the Jordan 8 Playoffs from 1993, 2003, 2007 and 2013 all in that order and see how the sneaker has changed and remained the same. Keep it locked here at 8and9.com for more from Jordan Brand and don’t forget June 29th the Jordan 8 Playoffs will be available. 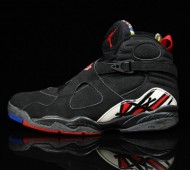 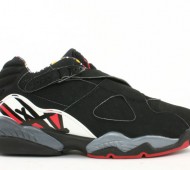 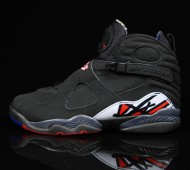 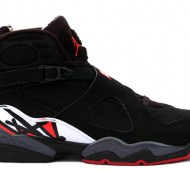