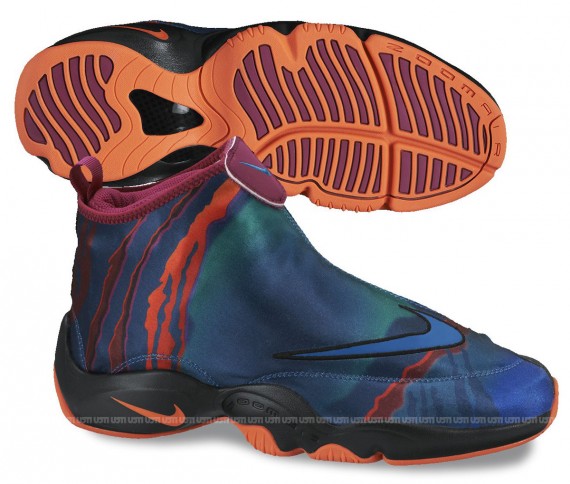 Checkout the Nike Air Zoom Flights also known as the coveted Glove. This was Gary Payton’s signature shoe at the time and has now become one of the most sought out for sneakers because of the rarity to find an Original pair. With the images of the previous “Gloves”still imbedded in my mind it was tough for other sneakers to compete for a spot on my wish list , And now Nike made it worst by releasing these images of two more color-ways that will be instant classics. The first color-scheme is a bit on the simple side compared to the second. Nike used two of its go to colors court purple and volt as accents which went well with the sneakers black upper. The second color-way is probably the craziest Pair of Air Zoom Flight’s that we have seen so far. The upper has a clean design, that consist of maroon, green, blue, black and orange, the sneaker also sits on a black sole contrasting the multi colored upper to perfection.  Keep it locked here at 8and9.com for more images and release info of the Nike Air Zoom Flights aka “The Gloves”. 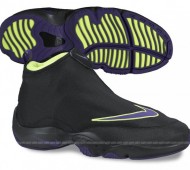 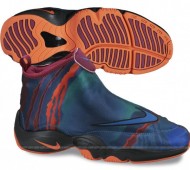