Life is tough for a sneakerhead. There’s no shortage of heat coming these next few months from Jordan Brand continuing to rerelease some of the most sought after retro’s, to the new Lebron X’s and KD’s, as well as the new Kobe’s AND foams! But, unfortunately, all this heat requires all that money. So, the question is…which kicks are worth it? Find out the 5 most hyped up kicks for the next few months and stack your dough accordingly. 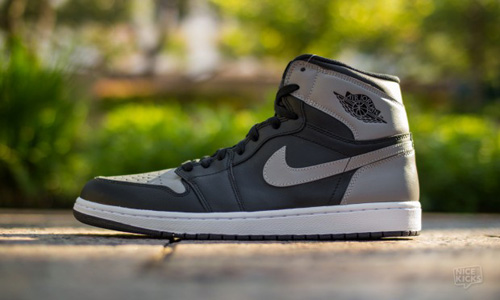 Are you a sneakerhead that had enough money and was old enough to cop a pair of these in 85, or just a fan of the true “OG” jordans? Well, if so, you’re in luck tomorrow! Originally released in 1985 for a price of 65$ and then retroed in 2009 for 110$, the Jordan 1 Black/Grey “Shadow Grey” is back again this time for a price of $140. The 2013 release is more in line with the “OG” release with no Jumpman on the heel counter and a “Nike Air” on the tongue. We approve!  Need a shirt to match jordan 1 shadow?

Arguably, one of the most anticipated Jordan’s of the year, the Jordan 4 “Fire Red Toro”/“Fire Red Nubuck” drops tomorrow! Over a year ago pictures surfaced of Carmelo Anthony’s PE version of a Jordan 4 that looked almost identical to this and ever since, fans have been itching for any information surrounding this Jordan 4.  The “Fire Red Toro’s” got their nickname for their close resemblance to the Air Jordan 5”Toro” out of the “Toro Bravo” pack that released in 2009. However, unlike the 5’s, the 4’s are made from a Nubuck material as opposed to the Suede material used with the 5’s.  Regardless of the material, these kicks are fire and most sneakerheads agree. So, good luck getting your hands on em…thank God they are a General Release! Need a shirt to match jordan 4 toro bravo?

An exciting tweet from Nikestore coming out of left field confirmed the rumors surrounding the rerelease of this coveted Air Jordan Retro 3. Nike explains a little bit more about the design behind the sneaker…“Back in 2010, Cole Johanson had the opportunity to tell his story through the Air Jordan 3 Retro as part of the Doernbecher Freestyle program. A tonal red upper featured “COLE” subtly spelled out within a diamond grid pattern, and images of his two favorite foods (spaghetti and chocolate) could be found behind the pull-tab. But it was two words inscribed on the insole that helped Cole beat his lymphoma: Strength and Courage. “Those are the two things you need the most,” he said. “Especially courage. I mean, everyone has it, the trick is just not letting it go when hard things happen.” It’s a mantra that Cole continues to embrace as he prepares to start his freshman year at Beaverton High School. He can’t wait to play high school hoops, and, of course, he’ll be rocking a pair of Js.” Retailing at 160$ the limited edition Air Jordan Retro 3 “Doernbecher” will be available at nike.com only through the @NikeStore twitter link. They will also be stocked in retailers including NIKETOWN New York, Nike Georgetown, Nike Chicago, Nike Roosevelt Field, Nike Portland, Nike San Francisco, Nike Dallas, NIKETOWN Los Angeles, Nike Lenox and Nike Las Vegas. Also, as with all the “Doernbecher” kicks, all the proceeds benefit the Doernbecher Children’s Hospital Foundation. So, with that being said, there’s no good reason to pass on this incredible looking shoe with a price tag of 160$ and all the proceeds going to charity. But, good luck on getting yourself a pair because unlike the Fire Red Toro’s, these are NOT General Release. Need a shirt to match this jordan doernbecher 3? 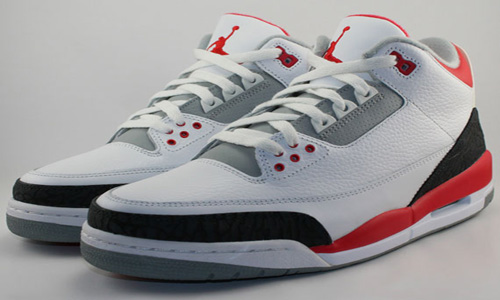 Jordan Brand just can’t stop with their red/black colorways this year continuing their spree with the release of the Jordan Retro 3 “Fire Red”. I know we’re not complaining! Originally released in 1988 with a price tag of 100$ they were finally retroed in 2007 with a price tag of 125$. I say finally because the Fire Red 3’s were the last of the OG colorways to be retroed, coming back 18 years after their original date. Also, judging by this release, Jordan Brand seems to love to save the Fire Red 3’s for last. In 2011, JB did another release of all the OG Jordan 3 colorways and the Fire Red 3’s were the only ones missing! Hopefully fans of the Fire Red 3’s will now be able to forgive Jordan Brand for not giving it the retro treatment in 2011. But, even if you don’t, I have a feeling Jordan Brand won’t be losing sleep over it. Pics are scarce of this upcoming release but from the few we’ve received this pair will have the traditional white tumbled leather, grey collar, and red shade on the midsole. Available in full family sizes, the Air Jordan Retro 3 “Fire Red” will drop on August 3rd with a price tag of 160$. Need a shirt to match this jordan 3 fire red?

We admit we got a little Jordan crazy. But, Jordan’s aren’t the only heat coming at you in these next few months. This year we’ve seen a rise in the complexity of foamposite colorways. Originally, foams would feature a single color across the upper and the color along with the exclusivity would usually have a large influence on the popularity and price of the shoe. But, lately Nike has strayed away from that design as seen with the Nike Foamposite One “Galaxy”, “Fighter Jet”, “Paranorman”, and the Nike Foamposite Pro “Army Camo”. The Nike Air Foamposite One “Weatherman” with its random design, resembling the zoom KD IV “Weatherman”, will drop August 31st with a price tag of 235$; (just like the camo pattern foams dropped earlier this year.) Wale already got his pair early, did you? Need a shirt to match this weatherman foamposite?