What’s more important the music or the fashion?

The history of hip hop clothing is as varied and historical as the music itself. Before you jump into buying items you think best represent the genre, you might want to reflect on the fact that Run DMC has been immortalized in the Rock and Roll Hall of Fame, not only for their music, but for their clothes, as well. A pair of their Adidas First Edition Superstars, sans laces, sits proudly in the museum. 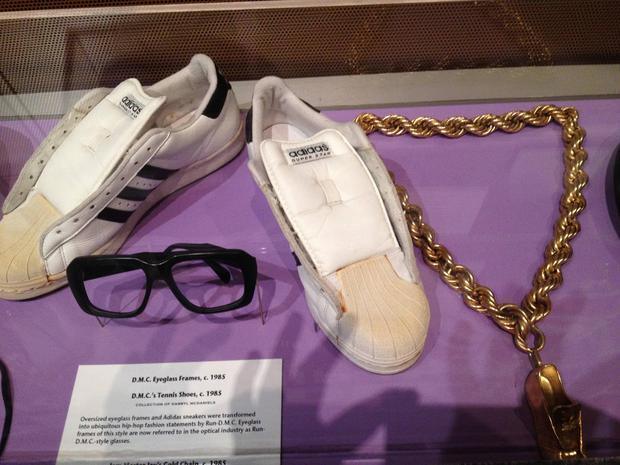 Run DMC’s tribute in the Rock and Roll Hall of Fame including a pair of their glasses, adidas, and chain. Image via http://www.retroist.com/

How did it start?

Hip hop clothing wasn’t on the radar of anyone outside of New York City back when Blondie and Kurtis Blow brought Hip Hop into American mainstream with “Rapture”. Ironically, some of what you’d see in the “Rapture” video is more in line with where we are today than where we’ve been over the years. With graffiti artists spray painting in the background and extras walking around in designer clothes, it’s a far cry from what we all attribute to the LL Cool J style of Hip Hop clothing from the 80’s.

When Def Jam Records was king, so were Kangol hats, track suits, thick gold chains and puffer jackets. The only person getting away with a Kangol hat these days is Samuel L. Jackson. Hip Hop clothing became a way to identify as much with the people you wanted to associate with as it was a barrier to guard against those you didn’t. The great divide was apparent, but it begged for questions. Would it stay this way or would  it become mainstream? What was going to come next?

For Us, By Us- How Hip Hop Clothing came into the mainstream

What was more mainstream than Nsync?… Image via www.tumblr.com

FUBU, and acronym for the phrase “For Us, By Us,” changed how we looked at Hip Hop clothing in the 1990’s. Until that point Hip Hop clothing was really a piecemeal of what the individual saw on the streets and what they were seeing on their favorite artists. FUBU had a different vision. They saw not only what people wanted to be out in, but what they wanted to do every day life in and made it a way to reign in a community of people that needed to be invested in. Casual wear was less outlandish and over the top, while stepping out was once again about fashion instead of letting a statement and identifying as a Hip Hop fan take center stage.

Where are we now? 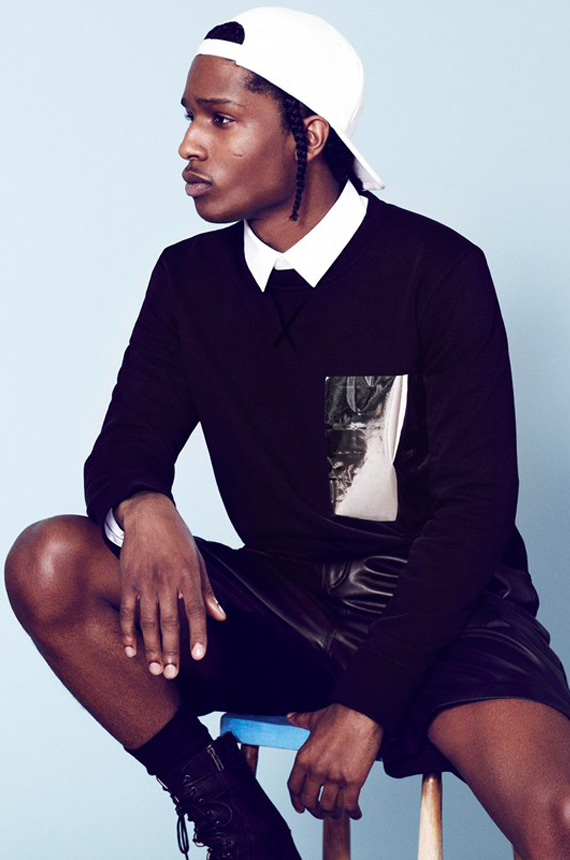 Where we are now with rappers wearing designer clothing and showing up to the biggest fashion shows around the world is a testament to the doors being blown open by so many of the artists that believed in culture shift and equality. Baby Phat, Sean John, Billionaire Boys Club and so many other labels have shaped Hip Hop clothing and trends since those first block parties in Queens. Now you have Alicia Keys singing “Empire State of Mind” dressed in a Gucci suit, standing next to Jay Z on stage who’s suited up in D&G. Hip Hop clothing has come a long way in establishing itself as both a niche and as a mainstream, but it’s most lasting effect was in making us all equals. Whatever the exterior, there’s both some Prada and Adidas mixed together inside of us. 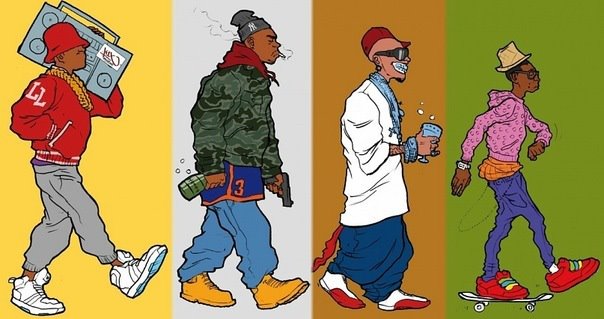 Where do we go from here?…Image via Google.com

The post The Evolution of Hip Hop Clothing: How did it change? appeared first on 8&9 Clothing Co..