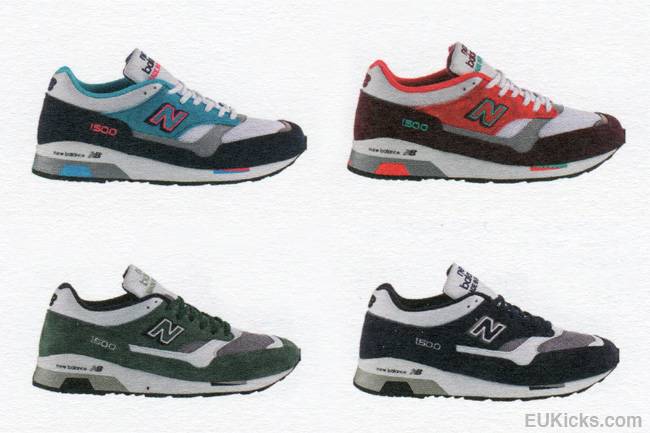 Throughout the summer New Balance has been giving random previews and leaks of its plans for 2014 an from the looks of things its going to be another goo year. The preview we have today shows four pairs of New Balance 1500 set to hit retailers in spring. The pictures are catalog images so they aren’t the crispiest pictures, but to a NB head a blurry picture is better than no picture. In this preview you can see they used the silhouette a few different ways as u can see theres a black white and gray pair of 1500’s  this color-scheme has been flipped a few times on a 1500, but the reason for it is that its classic its a look and a standard NB will carry forever.

The next pair the which features a suede an mesh build upper features a forest green upper contrasted by white and gray an these can be looked at as the representation of what has taken NB to another level an getting it to its hierarchy status.Through its standard of creating a classic product they transformed mastering the idea of killing it with simplicity and thats what the 2nd pair represents the innovations made while still keeping it classic. The final two pairs are different these carry allot more eye appeal than the other two. These pairs have the same build an color distribution but they are alternate color-ways one re with teal accents and the other teal with red accents. These can be seen as the future so in this preview you can see the start what it turned into an the future and through all these changes these still kept the classic element.  . 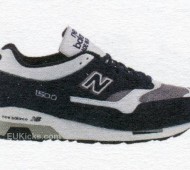 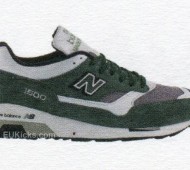 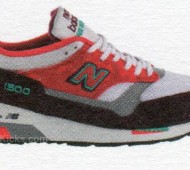