“If Kobe Bryant ended the season a little earlier than anyone expected with that unfortunate injury, his Nike Kobe 8 did the opposite by extending its retail offers across a longer timeline than most would have predicted. Likely landing as one of the last pairs is this blue and yellow combination, which sees the blues selected flipping from deep royal to midnight navy across its Engineered Mesh upper. Get even more angles of the upcoming Kobe 8 by hitting the jump with us and keep in mind that they’ve already shown up at Japanese spots like mita sneakers.” 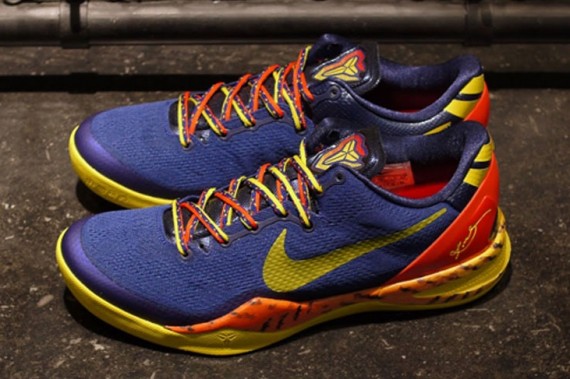 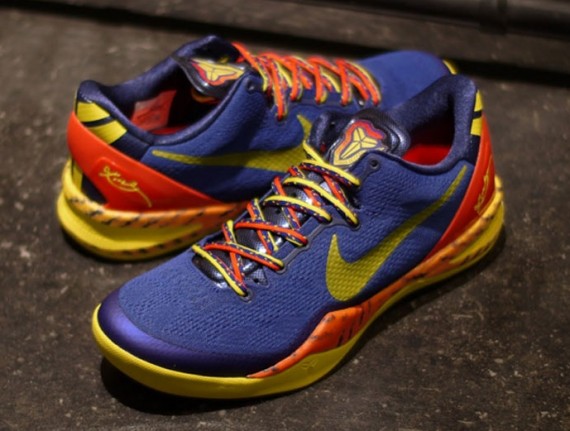