“After first having released exclusively during Milan Design Week, the Nike Flyknit Racer “Multicolor” got a surprise general release this week. The running shoe was released today on NikeStore, as well as at select retailers, including size?. Most are already sold out, but maybe you’ll get lucky and come across a few pairs somewhere. It’s certainly worth it, as the multicolor version is without a doubt one of the strongest colorways of the Flyknit Racer that has released to date.

If you cannot get your hands on this one, you might still be able to get the multicolor Nike Flyknit Trainer+. “via HS 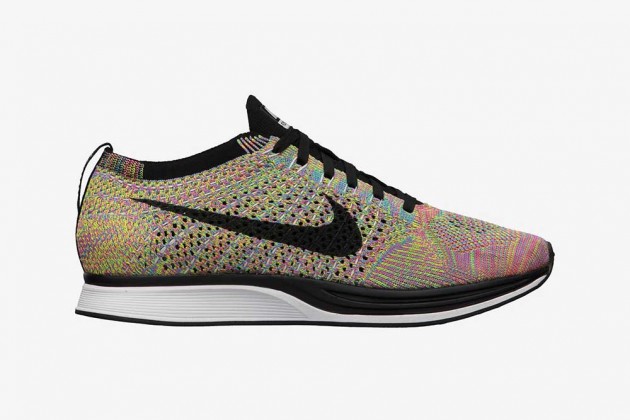