“The highly-anticipated trio of Retro Jordans known as the Fear Pack is currently on deck for later this month. The Air Jordan III, IV, and V have each employed a dark, mysterious colorway to best represent the fear that Michael Jordan put on his opponents, and in the Air Jordan V, Michael Jordan pretty much told the world that world dominance was just around the corner. The Air Jordan V “Fear” features a dark olive upper with a gradient on the midsole, with red accents surrounding the shoe for quite the impressive composition on this popular shoe. A full gallery is just below, so take a look and stay tuned to Sneaker News for more release info and updates on the Air Jordan V “Fear”.” via SN 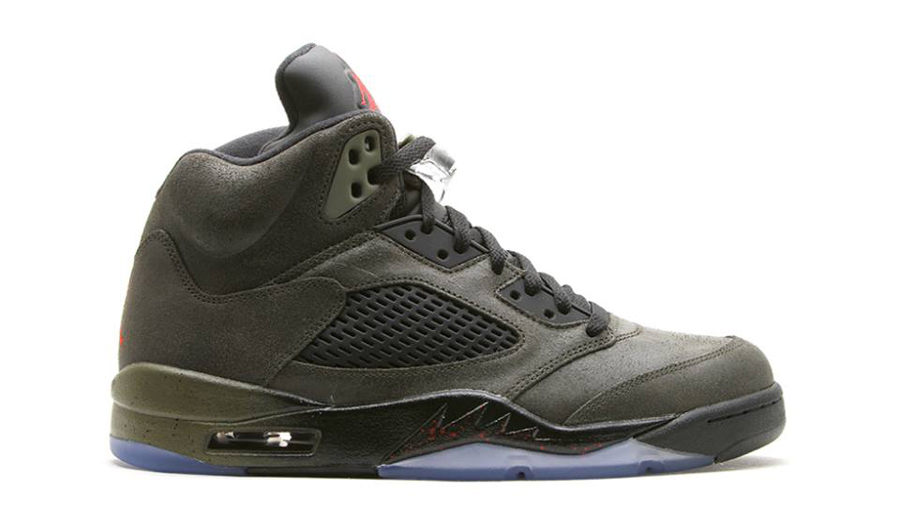 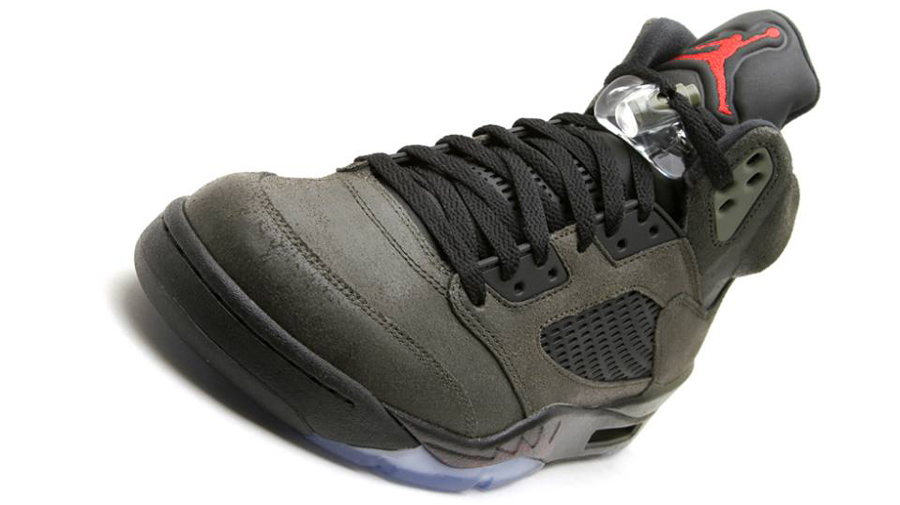