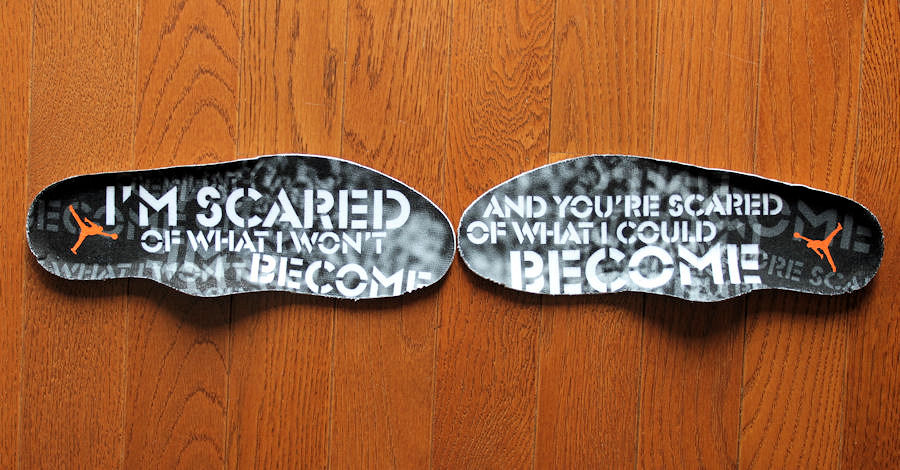 Today we are giving you a look at the Fear Jordan 3’s that are apart of the Jordan “Fear Pack”, which hit retailers this month on the 24th. The Fear Pack features some of the most iconic silhouettes the Jordan 3, 4, and 5. For this collection Jordan Brand decided to use some darker colors which seem like perfect color-ways  to bring in the Fall season. The upper of the Fear Jordan 3  consist of faded gray nubuck and suede. The Fear Jordan 3 upper was contrasted by black accents throughout the sneaker that can be seen in the laces, tongue and back heel.

Also a black with white speckle was added to the mid-sole of the Fear Jordan 3 which worke well with the color scheme.This time around JB changed the coveted cement print  from its traditional black on gray print to a gray on gray similar to the “Cool Gray” Jordan 3’s. Another thing the Fear Jordan 3’s have in-common with the Cool Gray 3’s is the orange accents throughout the sneaker Highlighting a few of the sneakers elements. All around the color-scheme is dope, although the sneakers is not a grail color-scheme some Jordan fans will welcome these with open arms. It was smart for Jordan brand to use the Jordan 3, 4, and 5 for this pack. Being that they are some of the most sought after silhouettes. So people might gravitate towards the Fear Jordan 3 even-though its not a signature Jordan color-scheme. Another great feature is the insole that reads “Im scared of what i wont become” on the left foot and the right foot reads ” And Your scared of what i could become”. Simple things like this quote printed on the in-sole complete this great design an add some insight on the concept of the Fear Jordan 3. Do not forget these Fear Jordan 3’s will be hitting retailers with the entire “Fear Pack” on Saturday August 24th. Stay posted for Jordan Fear Pack updates and keep it locked here at 8and9.com for more. 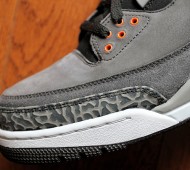 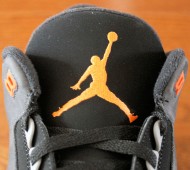 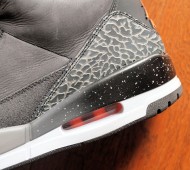 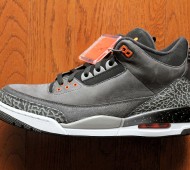 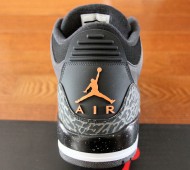 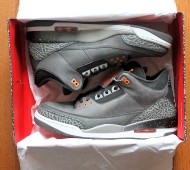