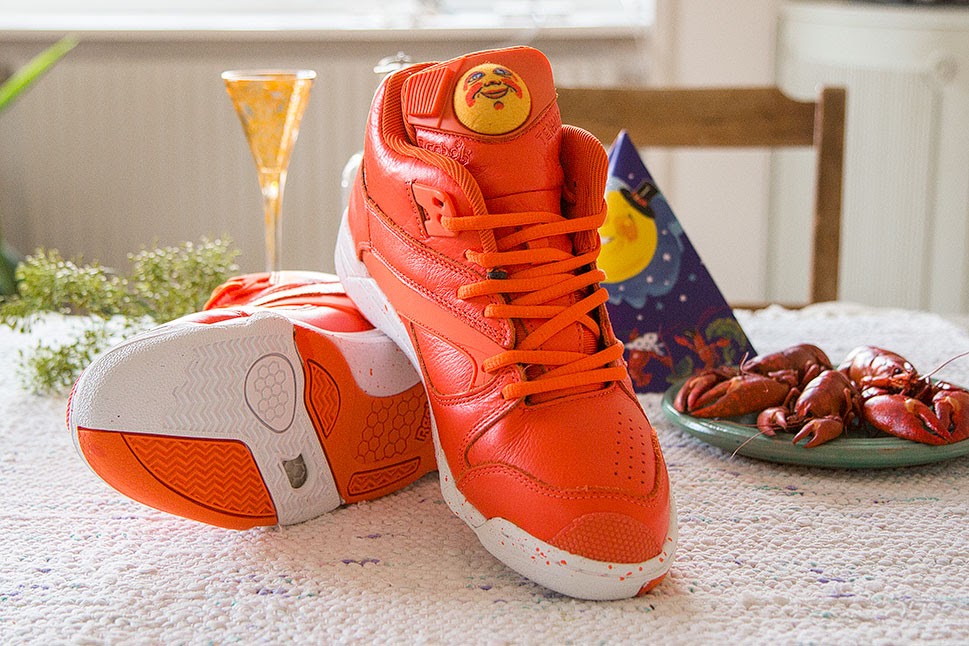 Today we are giving you a look at the SNS X Reebok “Crayfish Party” Court Victory Pump’s set to release August 29th. The “Crayfish Party” Court Victory Pump’s were created to celebrate the start of crayfish season in the Netherlands. The sneakers upper sports a  combination of premium crayfish colored leathers giving a nice texture contrast. The sneakers upper is smooth with a few rough spots accenting the sneakers design. The upper was contrasted using a clean white sole covered in orange speckles, which is accented further once you use the alternate laces. Another great accent of the sneaker is the re-designed pump which was changed from its usual branding to display a smiley face resembling a sun. Take a look at the gallery below for a better look at the SNS X Reebok “Crayfish Party” Court Victory Pump’s hitting select retailers August 29th. Keep it locked here at 8and9.com for more from Sneakers N Stuff and Reebok. 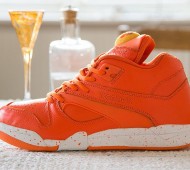 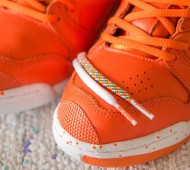 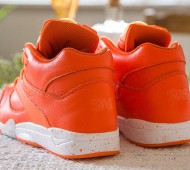 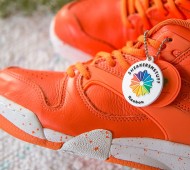 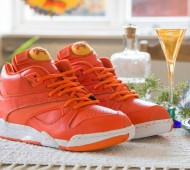 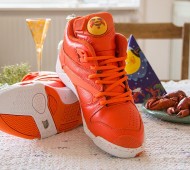 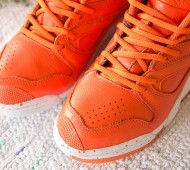 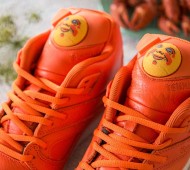