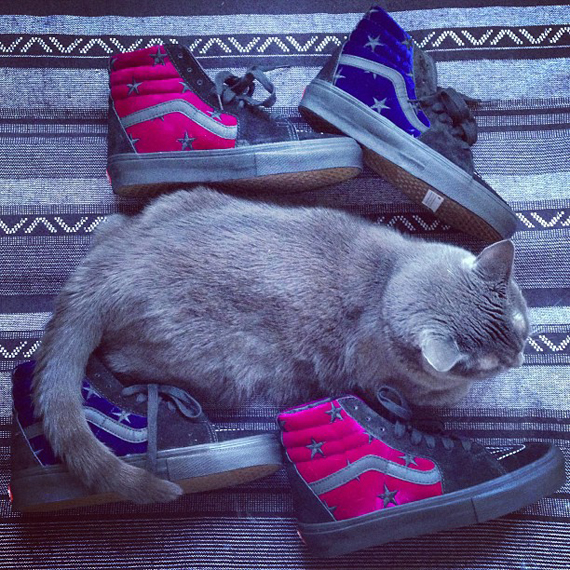 Supreme is ready to add another notch to the 2013 Vans collaboration belt as we get a look at a duet of Vans Sk8-Hi releases decorated in velvet uppers and familiar star detailing. Release information hasn’t been revealed just yet and it hasn’t been featured in the recently unveiled Supreme Fall/Winter line-up, but at the rate of Supreme’s releases with the legendary skate-shoe company, don’t be surprised if these hit sooner than later (we still have the Bruce Lee joints waiting for us as well). An additional shot resides just below so take a look and stay tuned for more info. via SN