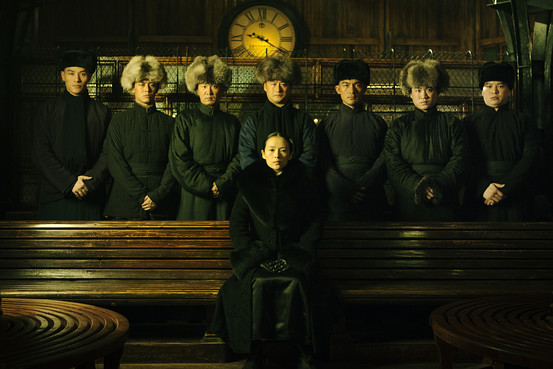 After a decade of preparation and three years of filming, Wong Kar-wai’s “The Grandmaster” opened in China on Tuesday, and any lingering questions over whether the movie would live up to its lofty expectations immediately evaporated.

Wong Kar-wai has been making films for over two decades. In that time, he has built a reputation as a skilled auteur that can balance both deep emotion and pulse-pounding action. His first film, 1988’s As Tears Go By, was a gripping crime drama that was heavily influenced by Martin Scorsese’s own debut feature, Mean Streets. With his ensuing pictures, Wong continued to impress audiences with his ability to instill a deep sense of mood into every frame of his films, from 1990’s coming of age tale Days of Being Wild to 1994’s Happy Together (which garnered him Best Director honors at the Cannes Film Festival) to 2000’s lauded In the Mood For Love. Known for his perfectionism as much as his skill, each one of Wong’s big screen undertakings has become an event, not just a motion picture.

Wong’s new film, The Grandmaster, is no exception. The true story of Ip Man, the martial arts master who trained many exceptional students—including, most famously, Bruce Lee—the film is an epic tale that took nearly a decade to bring to fruition. And many of the film community’s most lauded members are already lining up to give their support to what they see as a true visionary’s finest work. Upon seeing the film, Samuel L. Jackson decided to lend The Grandmaster both his support and his name for its U.S. release. The same was the case for another prominent Hollywood figure: Scorsese. To think that Wong Kar-wai began his career emulating Scorsese’s style, and now has impressed the maestro so much that his newest film will receive the honor of having Scorsese presents appear before it, is a truly inspiring story of cinematic success.

Watch the trailer below..

The post The Grandmaster Filmmaker Wong Kar-wai Does It Again appeared first on 8&9 Clothing Co..