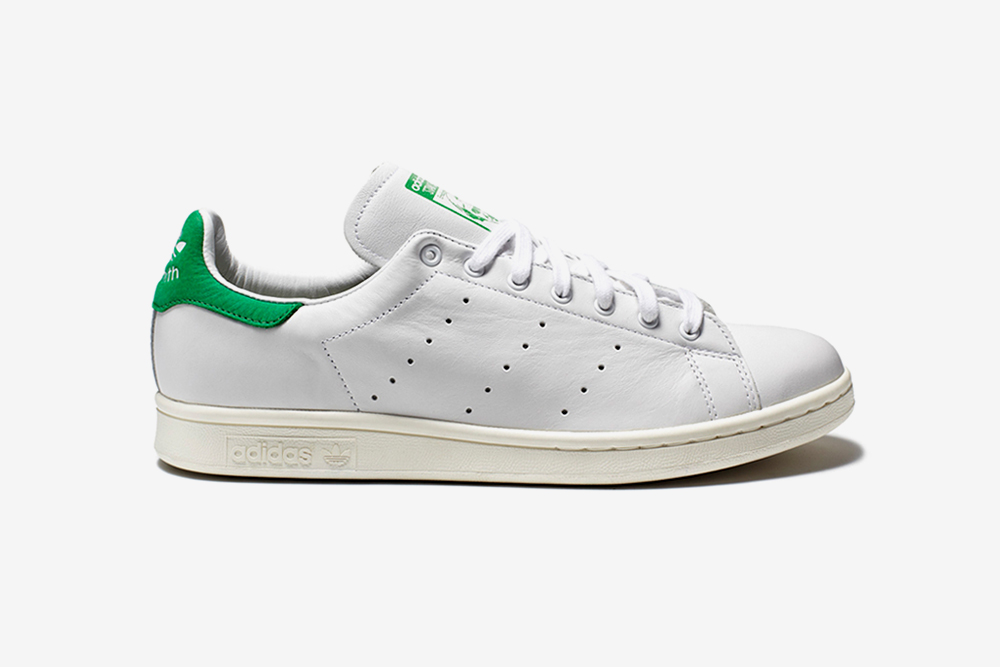 After a two-year hiatus, German sporting goods manufacturer adidas relaunches one of their most iconic sneaker silhouettes of all time, the Stan Smith. Designed for the eponymous tennis star who competed in the sneaker during the ’60s and ’70s, the Stan Smith sees a limited edition return to the market this fall in premium leather. Although the silhouette has been modernized, it stays true to the sneaker’s style and its classic white and green colorway. This first version of the shoe will spearhead a wider release of the Stan Smith throughout 2014.