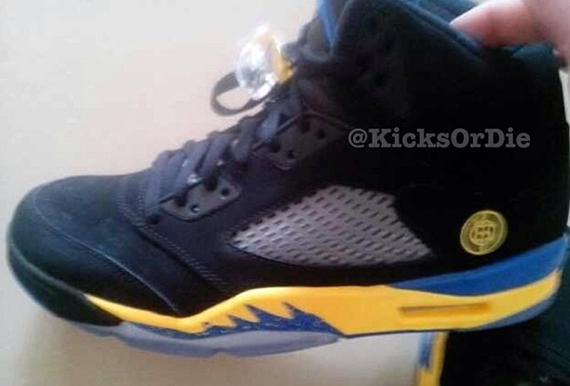 “Earlier this year, Jordan Brand impressed even the strictest of Air Jordan fans by releasing the “Black Grape” colorway of the Air Jordan V. Could the label revisit the script with the Laney V and release a “Black Laney” colorway? This Black/Yellow/Royal colorway certainly lends to that idea, but this Air Jordan V Retro features a special logo on the heel that could have some connection to the entire Laney story.“via SN