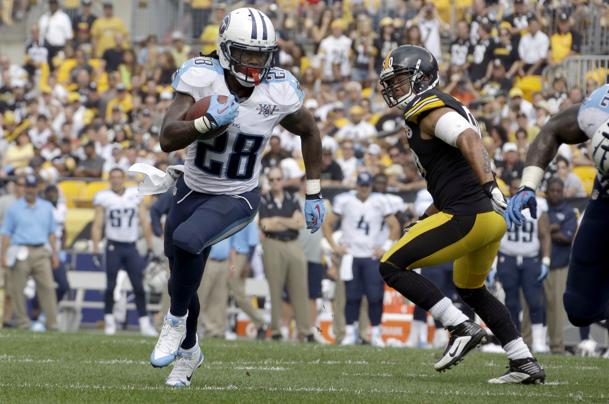 The Tennessee Titans beat up on the Pittsburgh Steelers in a 16-9 season-opening win. After the game, Titans defenders weren’t shy about pointing out their newfound toughness.

“We are not the Titans of old,” defensive end Derrick Morgan said, per The Tennessean.

The Titans berated Ben Roethlisberger all day long in a game plan that had a distinct Gregg Williams scent.

“You could see it in Ben’s eyes — he wanted to get back to that locker room pretty quick,” defensive tackle Jurrell Casey said. “As long as we keep getting to quarterbacks, it’s going to be like that all year.”

It’s just one game, but the Titans newfound attitude could save coach Mike Munchak‘s job. On Sunday, their tough play silenced a once boisterous Pittsburgh crowd.

“We made sure we put those Terrible Towels up their butts all day long,” Casey said. “They waved them at the beginning of the game, but they left pretty early.” via NFL