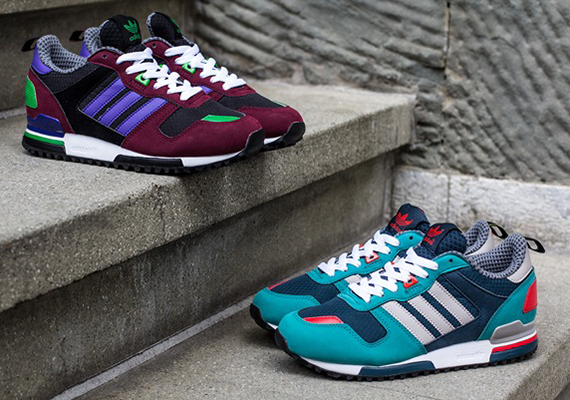 These are pretty clean, not your average hype on these kicks, but the colorways are dope and I’m sure these would look dope with some sweats. Definitely good Fall colors… What do you guys think?

“With big releases these days, you can keep up with the release dates even if they happen to change or get pushed back.  But when a general release shows up with a projected drop date that it doesn’t hit, your anticipation can quickly turn to frustration in a vacuum with no new info.  In the case of these new adidas Originals ZX 700s, they went AWOL after June previews suggested a July arrival.  Luckily, they weren’t canceled altogether, because these Deep Petrol and purple/maroon colorways are strong stuff for the fall months.  Check out both up close after the jump, then buy yours from Three Stripes stores like Titolo. “via SN