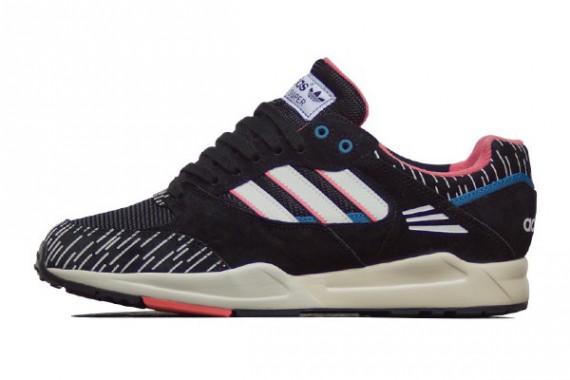 Nice clean pair of kicks right here. Tight ccolorway, not your average Hypebeastness, plenty of good reasons to cop. Check the info after the jump..

Given how many camouflage sneakers have released over the past few years, it’s a little surprising that the number of rain camo kicks has been relatively so limited.  This would be the first such release from The Brand with the Three Stripes, as the adidas Originals Tech Super puts the streaky pattern on the toe and ankle collar of this new ladies colorway.  Pink and blue accents on a black base make up the rest of this pair’s look as you’ll see in more photos below, and this new Tech Super W is available now at Originals accounts like Overkill. via SN 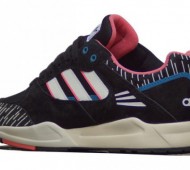 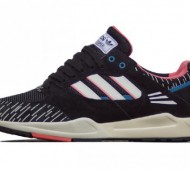