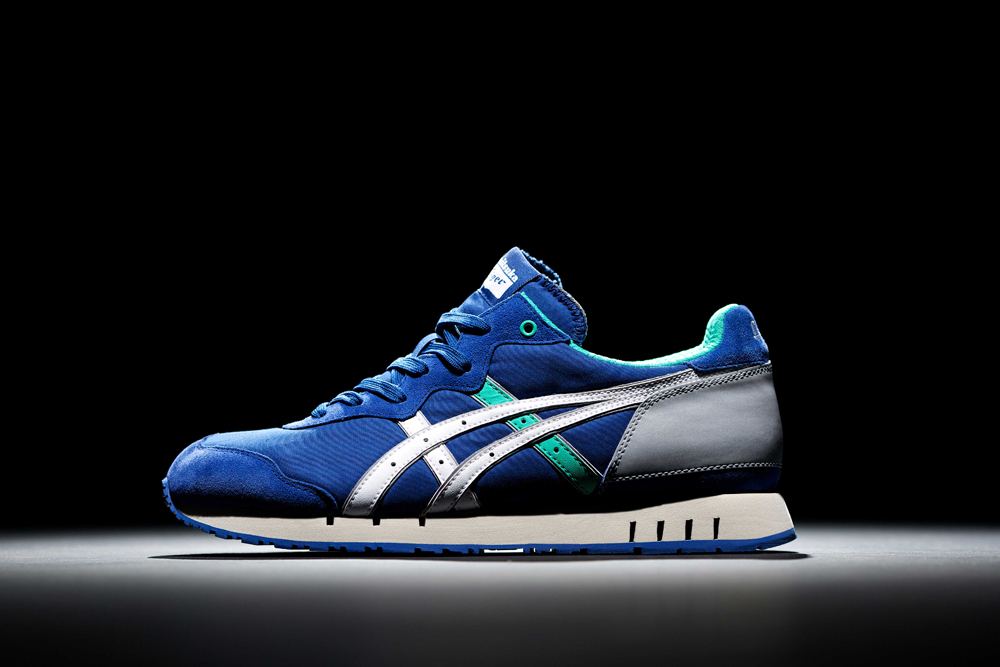 Definitely a nice pair here, the colorway is dope, and this runner looks clean and light. Grey Joggers for sure on these and a dope 8&9 tee…

Russia’s premier menswear boutique FOTT teams up with Onitsuka Tiger to release an exclusive collaboration on the X-Caliber model sneaker. The 1982 era running shoe gets a revamp in a blue/green/white colorway, an ode to FOTT’s original logo. The mostly blue upper consists of weather-resistant Ventile fabric, white Onitsuka Tiger stripes and accents of green. The heel panel and both side stripes feature the reflective material 3M, a reference to the California 78 model shoe. An embroidered FOTT logo on the heel and map of Moscow on the insole complete the look. Releasing in very limited numbers at FOTT on September 28 and globally on October 5, this collab is sure to sell quick. via HS