After 5 seasons in the NBA, Jordan finally had his Championship ring. Jordan was also crowned MVP of both the 1990 – 1991 season and the NBA Finals. As if the Jordan 6 didn’t have enough reasons to go down in history as the shoe MJ wore while clinching his first NBA ring, the shoe was also showcased in “White Men Can’t Jump.” Ironic having the Jumpman branded, Jordan 6 in a film with key lines arguing the worth of dunking. Wesley Snipes’ character (Sidney) rags on Woody Harrelson (Billy) for his inability to dunk, saying “White men can’t jump.” Billy throws it back at him saying that black guys like Sidney “would rather look good and lose that look bad and win.” Gotta wonder how that that conversation would’ve looked between Larry Bird and Michael Jordan. 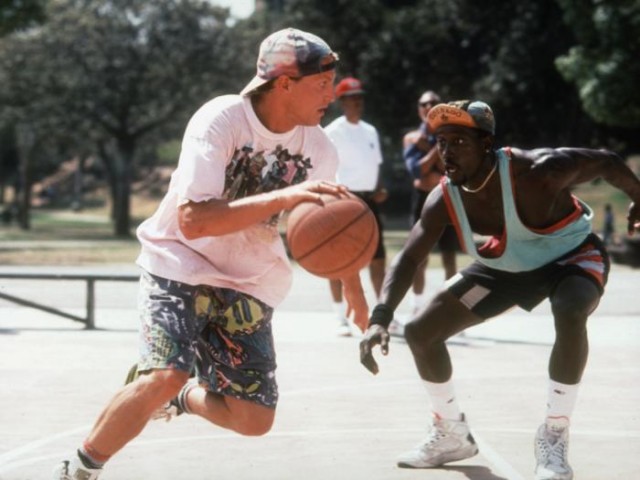 CHECK OUT MORE ABOUT THE JORDAN 1

The Jordan 6 was another Tinker Hatfield design that came out of a laser focused collaboration with Michael. While the visible air chamber, lace locks and translucent soles carried over from the Jordan 5, the Jordan 6 was one of the bigger design changes since the earlier years of the brand, with dramatic changes between the Jordan 1, 2 and 3. The Jordan 6 introduced a molded rear pull tab, a direct request from MJ that it not effect his Achilles tendon during play. The rear pull tab was dubbed “the spoiler” since Hatfield was inspired by the spoiler of a Porsche. Also new was the rubber tongue with two finger holes to help with easy pull on. The most dramatic alteration might have been the clean, reinforced toe. The Jordan 6 would also be the last shoe to feature the Nike Air logo on the outside of the shoe. 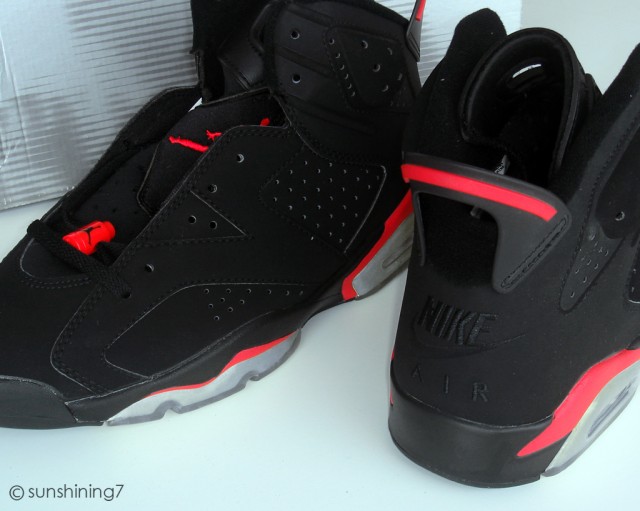 CHECK OUT MORE ABOUT THE JORDAN 3

Originally released in 5 colorways, the Jordan 6 initially dropped in black/black – infrared, white/infrared – black, white/ sport blue – black, off white/ new maroon, and white/ carmine – black. Retros of the Jordan 6 were nearly as historic as the OG 6 itself. Nike re-released a black and gold colorway on the Jordan 6 in the “Defining Moments” package, which paired it with the Jordan 11. It was the first duo to retail for nearly $300. The Nike LeBron 10 seemed to have read that page in history, dropping it’s own “Championship Pack” this past August for a retail of $500. I guess that just one more thing LBJ can thank the Jumpman for. 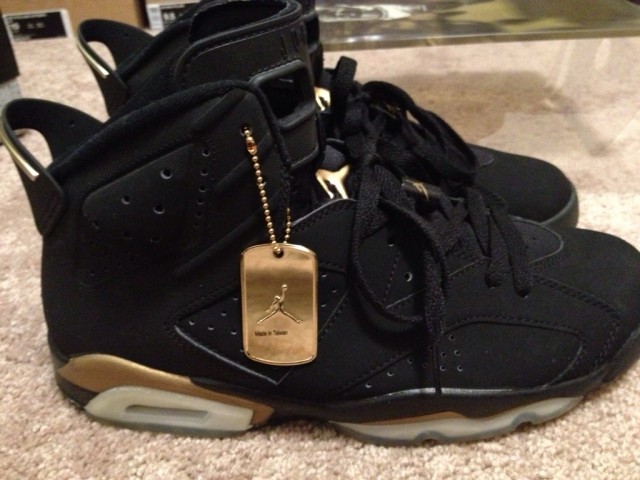 CHECK OUT MORE ABOUT THE JORDAN 5

The Jordan 6 was also retroed for women in 2002 as a low top version released in a white/coral rose colorway. It was the 2000 retro of the black/infrared colorway that caused the biggest stir for the 6. Prior to the release of the shoe, pictures of the intended to reverse the mid sole colors so that the red and black were swapped. Collectors were in a frenzy and dubbed it a butchered version of the classic and that it was destroyed. Nike, not looking to alienate its market pulled the idea and released the retro with the original colorway intact. However, there are some of those “butchered” prototypes floating around that surface from time to time. Get your hands on a pair and you’re sitting on sneakerhead gold. 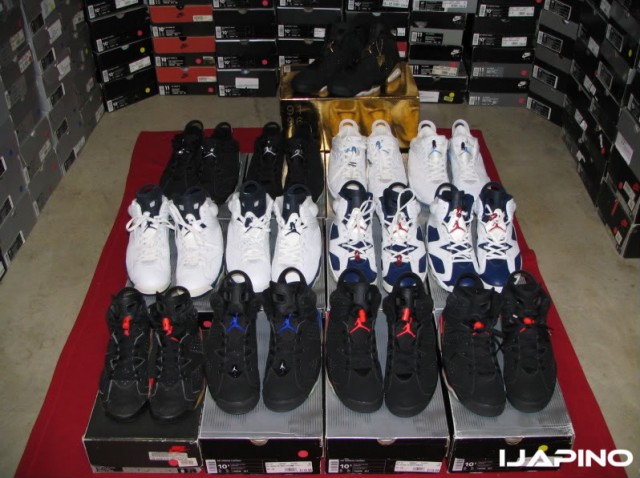 CHECK OUT MORE ABOUT MICHAEL JORDAN