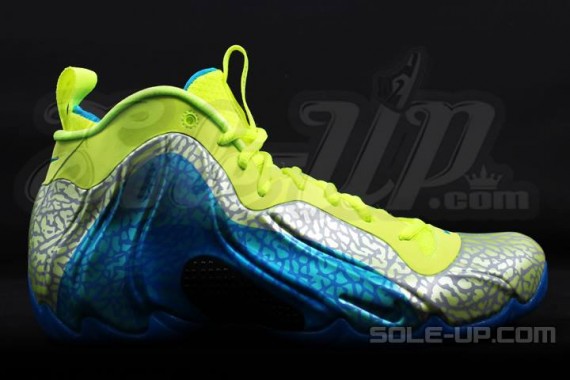 Except for the zipper shroud that makes it the Nike Flightposite Exposed, this colorway pictured above has it all.  It utilizes the ever popular Foamposite material on its upper, which features quite a unique arrangement.  First off, the eyestay is done in Volt which would be a first for any Foam release.  They feature Elephant print (also a Posite first) that brings in that neon shade with a silvery overlay, a pairing that in turn is colored by a blue section that carves out its own curvy lines somewhat similar to but not directly defined by the silhouette’s contours.  This one packs quite the visual punch as you’ll see in more shots below and be sure to stick with Sneaker News for a release date. via SN 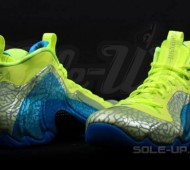 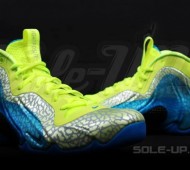 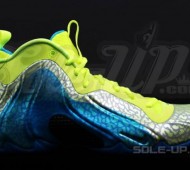