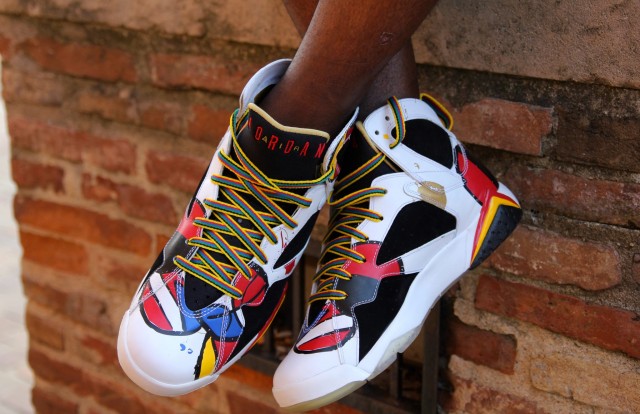 In 1992 it was clear that Tinker Hatfield was as much of a distinctive voice in the Jordan brand as MJ was and that was clear with the Jordan 7. The visible air chamber in the sole was let go, as was the Nike Air logo on the outside of the shoe. Also done away with was the clear sole that had caused traction problems and colorway issues when it yellowed to a bright amber over time. MJ knew that he needed to keep the brand fresh and told Hatfield to mix it up, keeping the Jordan 7 young and interesting, but still sophisticated. On a trip to Portland, Hatfield saw poster of African art and was drawn to the imagery and colors. One $15 investment later, Hatfield had his inspiration for the Jordan 7 and how to mix it up.

LEARN ABOUT THE HISTORY OF THE AIR JORDAN 2 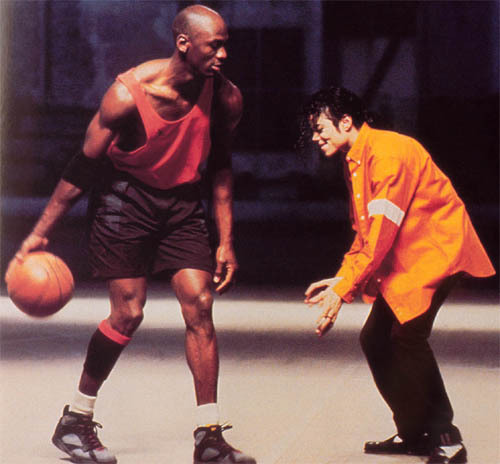 His vision worked. The shoe was much lighter than previous models and was the first to employ Huarache technology, which enabled the shoe to conform to persons foot over time and provided more comfort, better traction and increased on court ability. Some people thought the Jordan 7 was the greatest basketball shoe of all time while others thought it was a design flop, disregarding the improved function of the shoe. The Jordan 7 divided fans and put a lot of collectors off, but sales told a different story, as do retro releases. The Jordan 7 has one of the largest followings of all the Jays.

LEARN ABOUT THE HISTORY OF THE AIR JORDAN 4 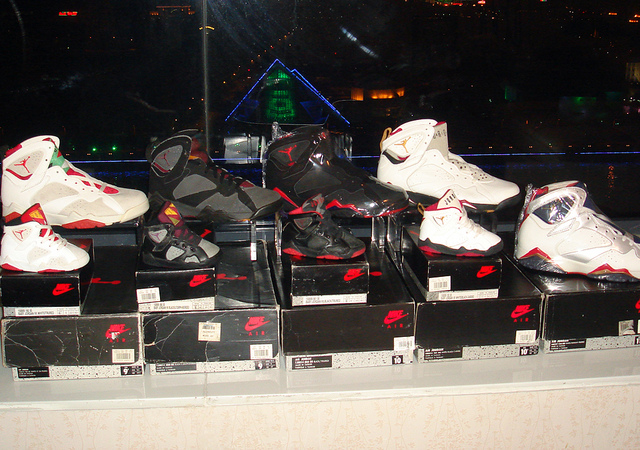 While the shoe brushed up plenty of attention on it’s own, getting Bugs Bunny involved brought it to a whole ‘nother level. The Jordan 7 was originally released in five very distinct and infamous colorways: White/Black – Cardinal Red (The Cardinal), White/ Midnight Navy – True Red (The Olympic), Bordeaux Black/ Light Graphite (The Bordeaux), Black / True Red (The Raptor), and the forever famous White/ Light Silver – True Red, better known as The Hare Jordan. Named after the 1992 commercial featuring Bugs Bunny and MJ teaming up to dunk on some muscle head ballers while wearing the Jordan 7, the Hare Jordan was an instant icon. 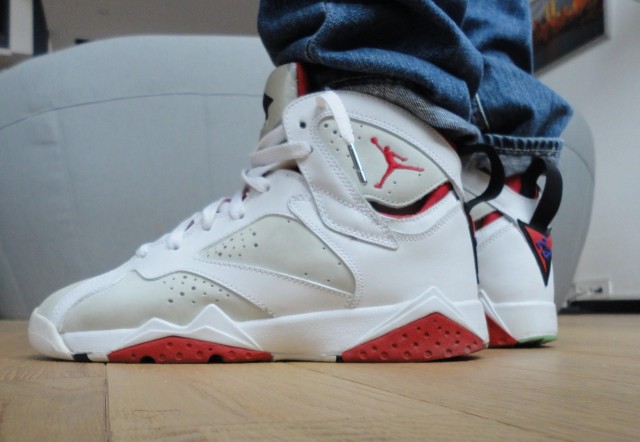 There wasn’t any shortage of accomplishments for Michael while wearing the Jordan 7 either. Not only did he clinch his second NBA championship in as many years, but he also won another Olympic gold medal in Barcelona while on the “Dream Team“, otherwise known as the greatest sports team ever assembled. Michael Jordan, Charles Barkley, Larry Bird, Scottie Pippen, Karl Malone, Patrick Ewing, and Magic Johnson were all at the top of their game at the ’92 Olympics and beat their opponents by an average of 44 points each game. The Jordan 7 Olympic colorway was the first Jordan to deviate from the traditional number 23 on the exterior of the shoe. Nike opted to put MJ’s Olympic Jersey number 9 on the back heel for that release and it was on his feet during the legendary Angola game when the Dream Team trounced mercilessly trounced them by 68 points.

LEARN ABOUT THE HISTORY OF THE LEGEND HIMSELF- MICHAEL JORDAN 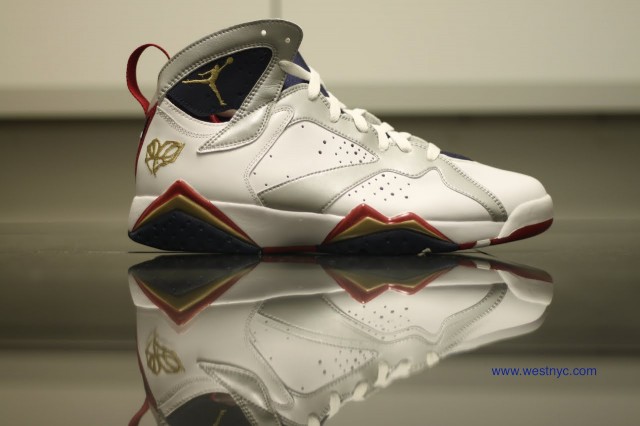 Love or hate the AJ 7, you can’t deny it’s one of the brands most historic drops.