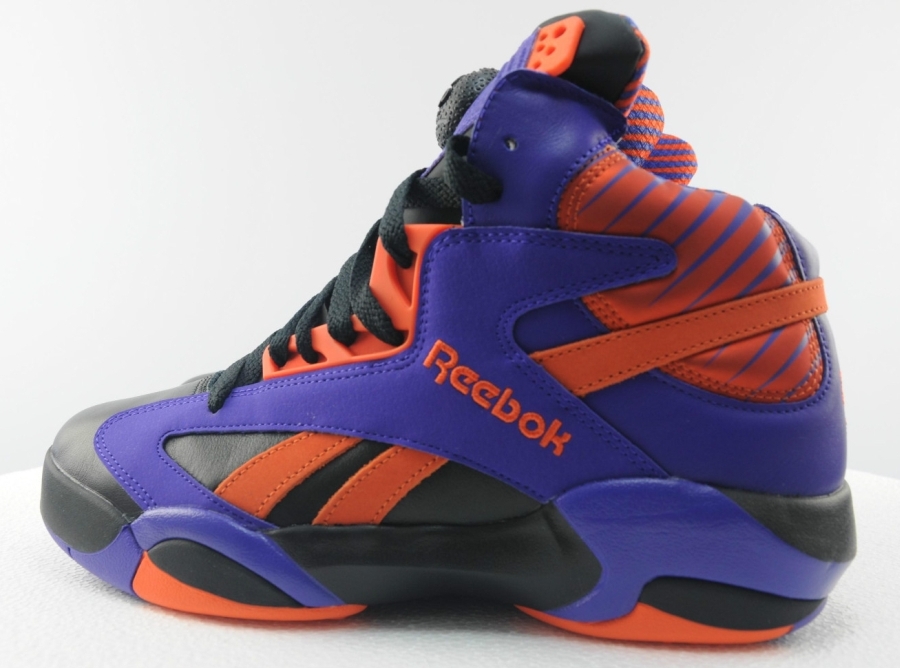 The Reebok Shaq Attaq “Big Shaqtus” will release tomorrow, October 4th. The pair is one that was originally carrying a “Suns” nickname, one that was of course never confirmed by the likes of Reebok given the touchy nature of giving a sneaker an official name in line with an NBA team. Instead they’ve dubbed it the “Big Shaqtus” in reference to Shaq’s newfound nickname when he headed out to Phoenix. Continue reading to get a more in depth look at this latest Shaq Attaq colorway and then get yours a little ahead of tomorrow’s release from kicksclusive on eBay.