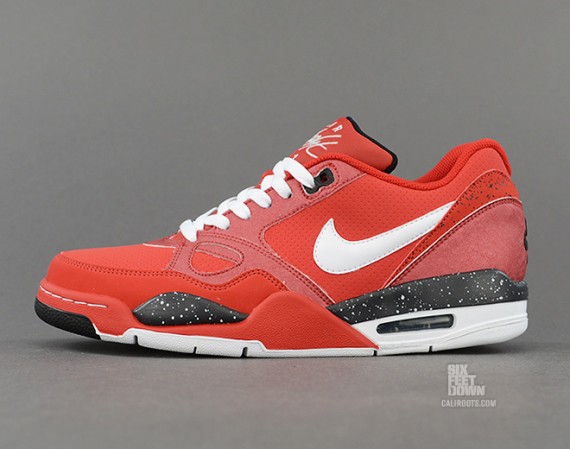 After the midtop version debuted this spring and reeled off a handful of well received colorways, the Nike Flight ’13 Low makes its debut this October. Here’s the first style to hit retailers, a Cherrywood, grey and black pairing whose speckles and overall composition underline the fact that this shoe takes its sole from the Air Flight ’89, and in turn, the Air Jordan IV. So they’ve got a classic base but utilize a palette that’s been established on the AJ4 this summer, and you’ll find them available now at Nike Sportswear shops like Caliroots. via SN