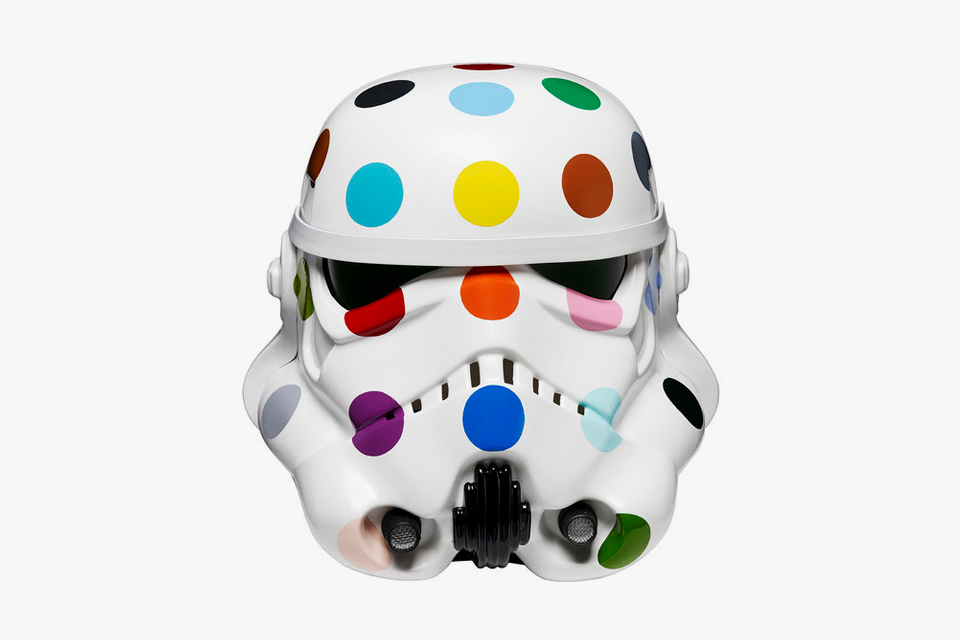 Damien Hirst has submitted his own piece for the charity auction “Art Wars” created by Art Below founder Ben Moore in collaboration with Andrew Ainsworth, the creator of the original Stormtrooper. Hirst’s Stormtrooper helmet features his instantly recognizable “spot” work and sits alongside a number of other works by acclaimed artists such as David Bailey, D*Face, and Jake and Dinos Chapman. “Art Wars” will run at the inaugural Strarta Art Fair at the Saatchi Gallery from October 9 – 13 and afterwards will be showcased for four weeks across billboard space on an entire platform of Regent’s Park underground station. When the exhibition is over, the helmets will be auctioned off to support the Missing Tom fund, an organization created to raise money for Ben Moore’s brother Tom who disappeared in 2003. via HS