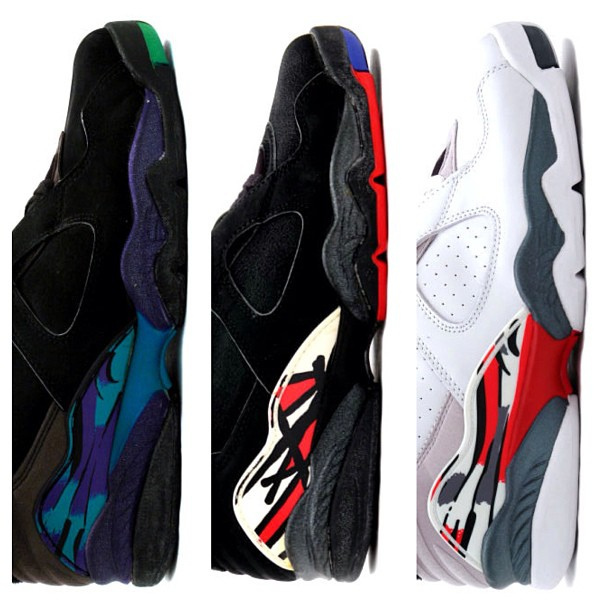 The Jordan 8 isn’t exactly thought of as one of the more successful or well received debuts. While the base of the shoe was largely carried over from the 7, it was no replica. Originally released in only three colorways, the Bugs Bunny (white/ black – true red), the Playoffs (black. black – true red), and the Aqua (black/ bright concord – aqua tone), Nike might have known Tinker Hatfield was up to something with this 1993 design.

FIND OUT THE HISTORY OF THE JORDAN 7 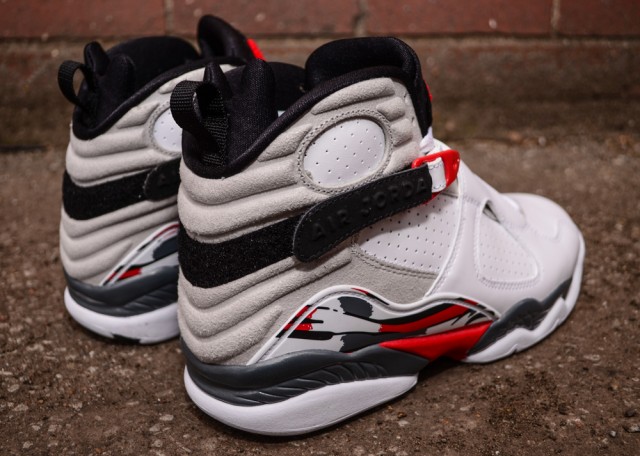 By the 1992-93 NBA season, Hatfield believed the Jordan brand stood on it’s own and could lose the Nike branding. Losing the swoosh wasn’t in Nike’s plans. Finding a pair without the swoosh is it’s own sneakerhead conquest. Hatfield got his way with the Jordan 8, though. Switching entirely to the Jumpman symbol was a major shift toward an independent legacy for the Air Jordan name. Michael’s third consecutive NBA title with the Chicago Bulls and his seventh straight scoring title left little room for Nike to negotiate. Keeping him happy and in the Jordan 8 while he scored his 20,000th point that year was the bigger draw. 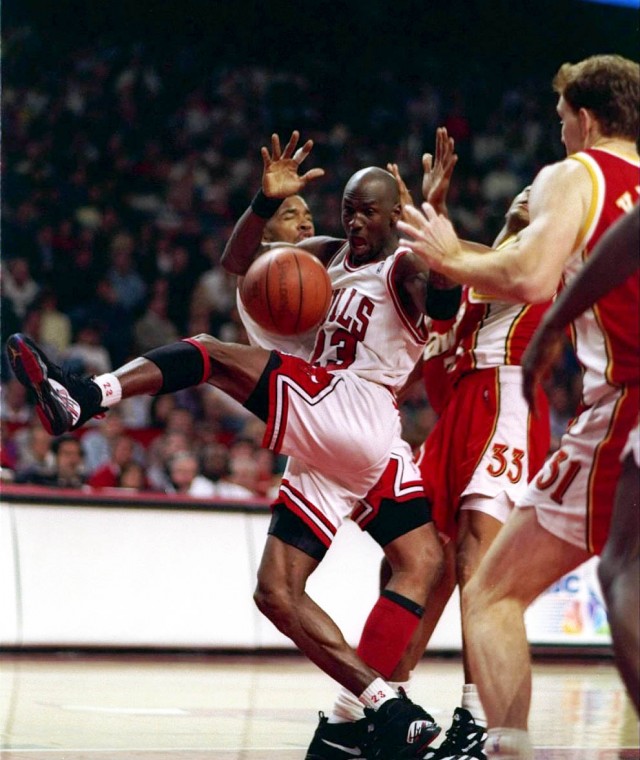 Career achievements aside, the Jordan 8 was not met with the same fan fare that its predecessors had seen. More than anything, the Jordan 8 is remembered for it’s weight, heat and discomfort. Hatfield wanted ankle support and better traction. but, due to it’s thick, full length air sole and polycarbonate torsion plate, heavy padding, and crossover straps, the shoe would heat up quickly. Some have long believed the Jordan 8 was to blame for Michael’s bouts with athlete’s foot throughout the season. The leather and velcro crossover straps, often referred to as “the bunny ears” kept your ankle in place, but made for a tight fit. If you had a wide foot, you were out of luck.

FIND OUT THE HISTORY OF THE JORDAN 6 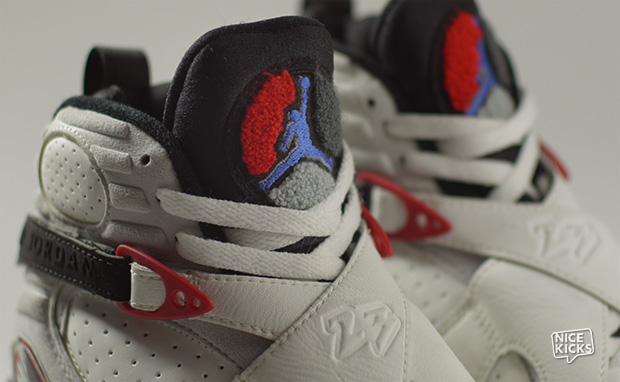 It was the colorways and solo Jumpman on the tongue that made the Jordan 8 really stand out. First retrod in 2003, the Air Jordan 8 kept the “Bugs Bunny”, but introduced the black/chrome, and a low version in white/ metallic silver. It was the Aqua that had the biggest following and had a highly sought after drop in 2007 when it finally retroed. Nike also debuted a women’s version of the Aqua in 2007 with a white/ bright concord – aqua tone. 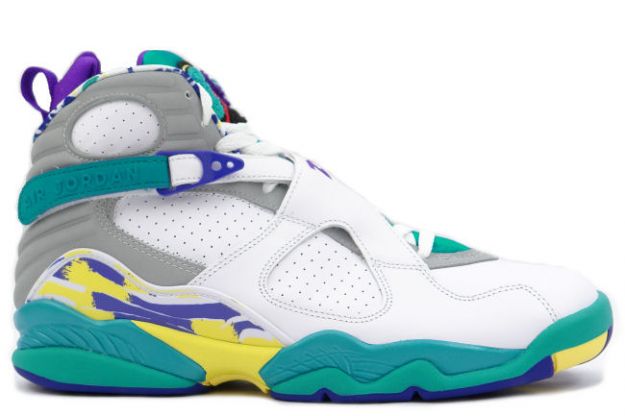 The Jordan 8 was the last pair of Jays Michael wore before his first retirement in 1993. As it was with this shoe, complaints and rumors surrounded his departure from the NBA. His announced retirement was shocking and broke the hearts of basketball fans around the globe. Michael was still dealing with the murder of his father and was under investigation to determine if his infamous gambling problem had lead to any league violations. What no one saw coming was his impending stint as a member of the Chicago White Sox, or rather a Birmingham Baron, the Soxes minor league team, which would play out in the design of the Jordan 9.

ALSO CHECK OUT GIRLS IN JORDANS 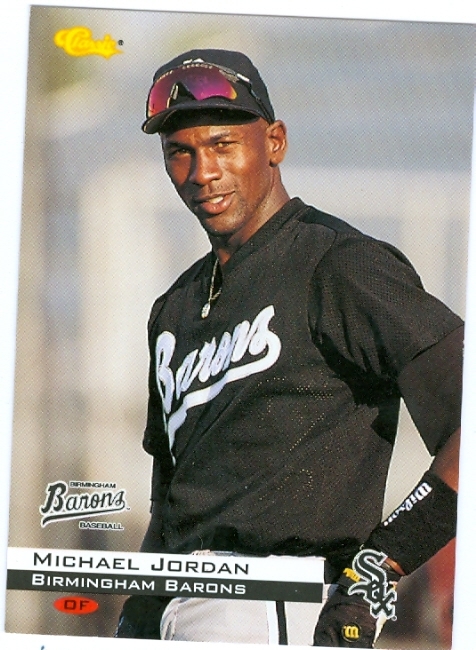