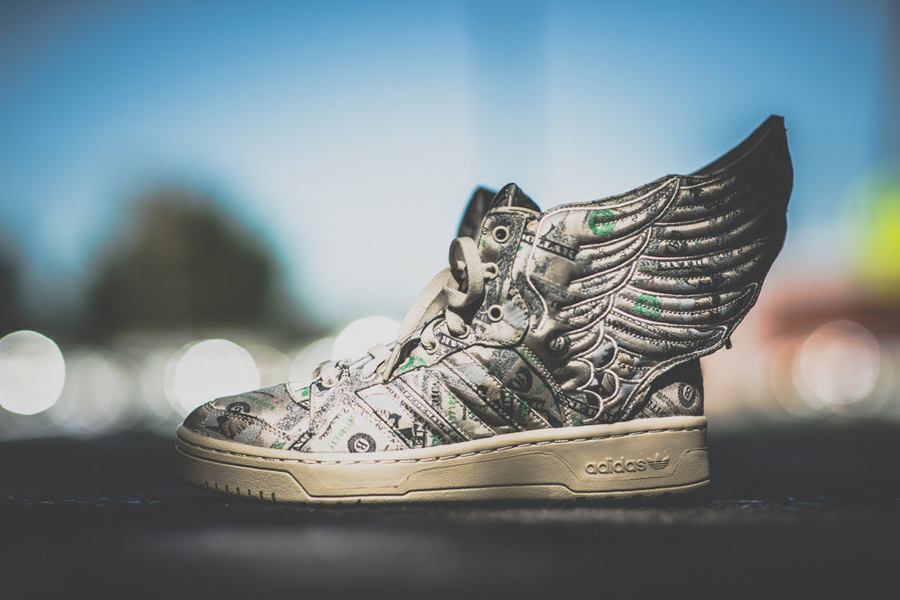 After months of waiting fans of the Jeremy Scott X Adidas partnership will finally be able to purchase the “Dollar” JS Wing 2.0’s. During the summer we got a preview that showcased these and a few other Jeremy Scott creations, which will also release before the year is over. Out of the different Jeremy Scott’s in that preview people responded well to these leading this to be a highly anticipated and sought after release for fans of the JS X Adidas partnership. The sneakers design features Jeremy Scott’s rendition of a US dollar bill, the bills are altered baring the face of the famed designer Jeremy Scott. Im sure this is one of JS’s personal favorite’s being that he put his face on the sneaker dwarfing the feeling of just seeing his name. Take a look at the gallery below for a better look at the “Dollar” JS Wing 2.0’s, keep it locked here for more from Adidas and Jeremy Scott. 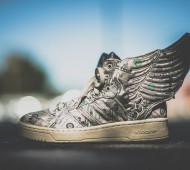 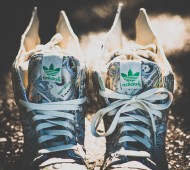 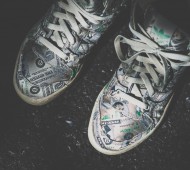 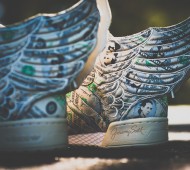 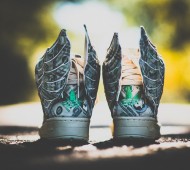 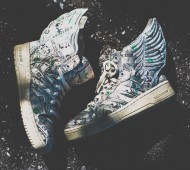