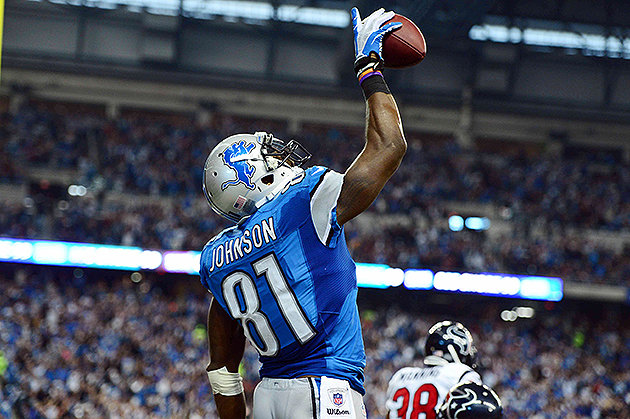 Progress for Calvin Johnson.Contrary to a previous report, Johnson made his return to Detroit Lions practice on Thursday. Johnson has been dealing with swelling in his knee.

The Lions‘ official website reported that Johnson took part in the portion of practice open to the media, going through all individual drills.

A return to practice is a very good sign for Megatron, though the playmaker could be headed toward another game-time decision for Sunday’s matchup against theCleveland Browns. That was the case last week as well, when Johnson was ruled out for Detroit’s loss to the Green Bay Packers.

Johnson set the NFL’s all-time receiving record while playing through a series of nagging injuries last season, so don’t count him out as a difference-maker in Week 6. Of course, he’ll need to get on the field first. via NFL

The post Megatron Could Return appeared first on 8&9 Clothing Co..