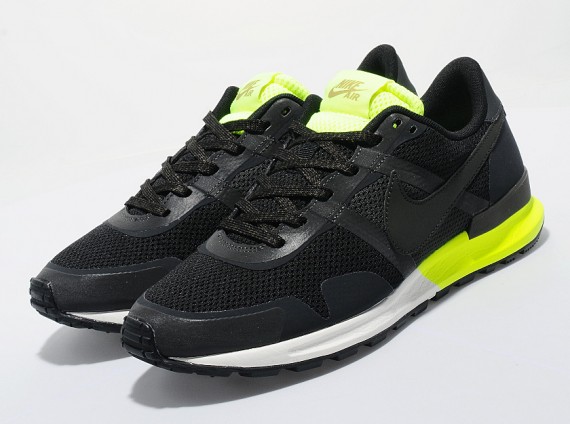 It looks like 2013 will end without something as surprisingly impactful as last year’s debut of the Roshe Run.  That leaves this year’s sleeper hit of the year award up for grabs, and any serious discussion would have to include the Nike Air Pegasus 83/30.  Most notably in its signature Flash Lime/Blue Hero build, the classic lines of the original Air Pegasus as updated with featherweight Hyperfuse construction have been well received.  This newest drop features another instance of a flashy pop color as neon yellow finishes off a tonal black upper so dark you can barely see the Swooshes.  You will be able to see that unmistakable branding among detailed images below, then go get yours from stores like Size? 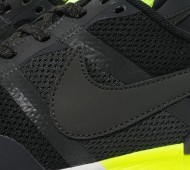 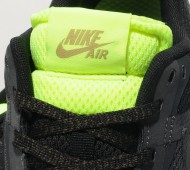