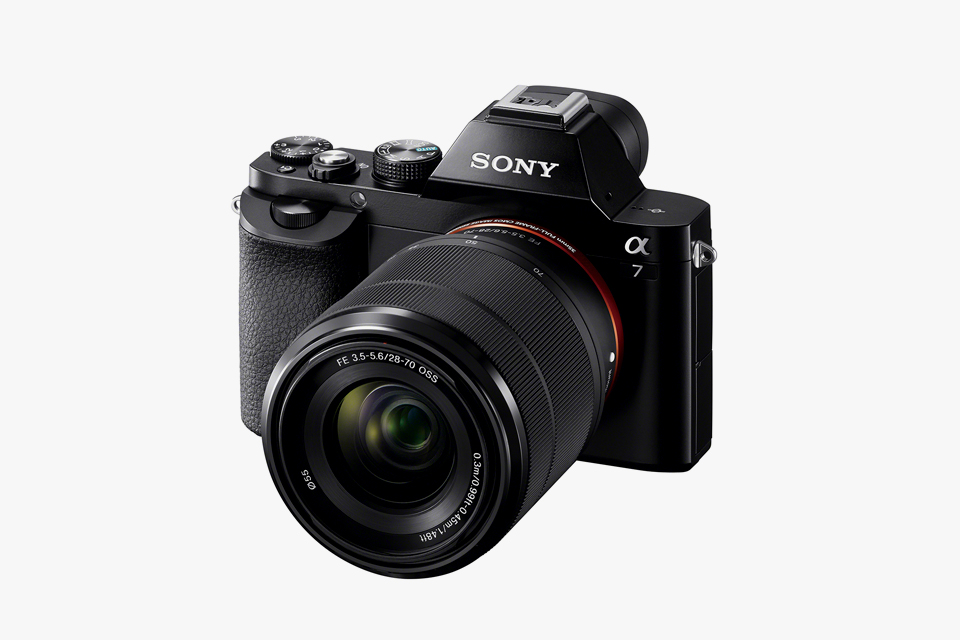 It seems like high powered cameras are getting smaller and smaller, Sony killed it with this one here. Check out more info and spec after the jump..

Tech giant Sony has just upped their camera game by announcing two new consumer-oriented full-frame mirrorless interchangeable lens cameras – the Alpha 7 and Alpha 7R. At 5″ x 3.7″ x 1.89″ the two cameras are considerably smaller than any other full-frame interchangeable lens cameras on the market, providing some real competition in the consumer market. Identical in their design, the two cameras vary internally with their sensors and autofocus systems. The less-expensive A7 has a 24.3-megapixel CMOS sensor and a hybrid contrast-detect and phase-detect autofocus system, while the A7R boasts 36.3 megapixels with no optical low-pass filter and traditional contrast-detection AF. Both cameras include Sony’s new BIONZ X image processor, full HD video recording, XGA electronic viewfinder, tilting LCD screen and Wi-Fi capabilities.

A new series of five FE-lenses will be available to take advantage of the full sensor, while existing E-mount lenses will work but cause vignetting due to the larger sensor size. Expected to release in December, the A7 will retail body-only for $1699 USD or as part of a kit with a 28-70 F3.5-5.6 OSS Lens for $1999 USD, while the A7R is priced at $2299 USD for body-only. via HS