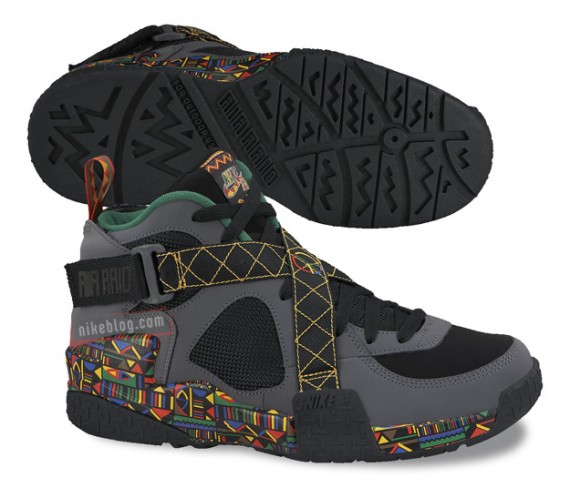 Take a look at the upcoming Nike Air raid which features a 2014 version of the original “Peace Raids” from 1992.  This design is slightly different the the original the sneakers black upper was replaced with a charcoal grey upper accented by black and the original tribal print infamously known for gracing the sole of the Nike Air Raid. The leather straps featured on the original Peace Raids also was swapped out for a traditional Nike Air Raid straps still bearing the peace sign in the center of the straps. This will be a highly sought after release so be on the look out for these in 2014. No word when exactley these will release so stick with 8and9.com for more updates and release info on these “Peace” Nike Air Raids.