Did you know the Jordan 10 was designed without Michael Jordan? 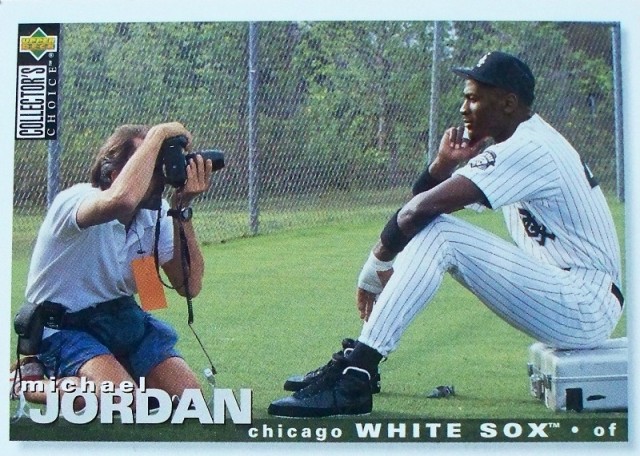 You could call what the Jordan 10 did a diversion tactic. Michael was retired and the Jumpman needed to carry on without it’s star at the head of the table. Even though MJ’s new baseball career was in the middle of a lockout, Nike was all but certain they wouldn’t be seeing him in the paint again any time soon. That meant Tinker Hatfield, the Jordan brand visionary, had some hustlin’ to do. While many comparisons have been made to earlier AJ models like the 3, 5, and 6, the Jordan 10 was an overall simple design. The cleanliness of it would have made Michael proud, if he’d had much to do with it. Hatfield was largely on his own with this pair.

FIND OUT THE HISTORY OF THE AIR JORDAN 7 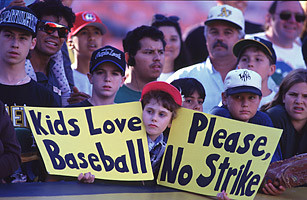 Nike went nuts with retro releases and and sampled the Jordan 10 like crazy. The longer the baseball strike went on, the more the rumors of Jordan’s return to basketball increased. While baseball wasn’t much of an option for Michael, both because of the strike and because he really just wasn’t that good at it, Nike needed bankable assurances. Protecting the brand meant finding a back up strategy. They wound up driving the sneaker world mad with unstoppable retro releases of Jordan 1, 2, and 3. The frenzy didn’t let up when the Jordan 10 finally dropped.

FIND OUT THE HISTORY OF THE AIR JORDAN 8 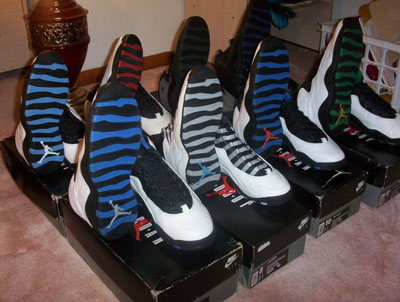 FIND OUT THE HISTORY OF THE AIR JORDAN 9 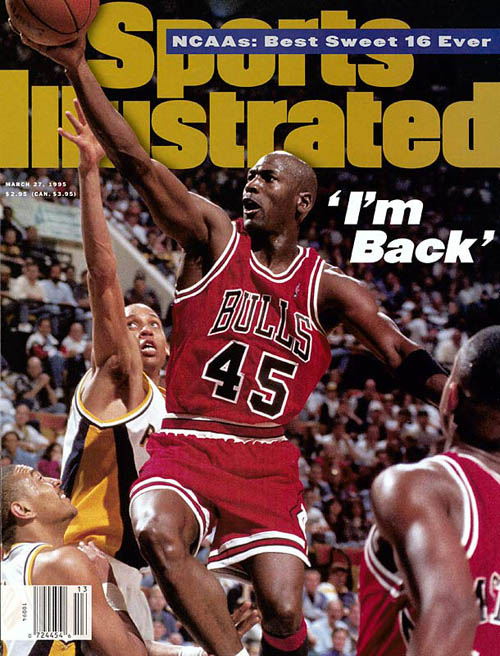 It was the Chicago Bulls edition the Jordan 10 that MJ returned to the court wearing. Jordan released a simple statement in March of 1995 that read “I’m back.” He was suited up with the Bulls the following day. The NBA had retired Jordan’s legendary number 23, so Michael came back sporting the number 45 until the red tape could be cleared. Limited quantities of the Jordan 10 with the number 45 were produced. The shoe itself came with mixed reviews. The function was fine, but nothing extraordinary. The huarache technology was back and the full leather upper made for a clean design, as did did the black on black lace and tongue combo.

FIND OUT THE HISTORY OF THE GIRLS IN JORDANS 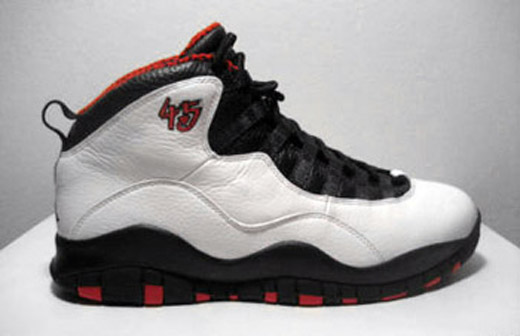 It was the sole of the shoe that really set the Jordan 10 apart. With Nike and Hatfield believing this truly was the end of Jordan’s on court days, they designed the bottom of the Jordan 10 with stripes that listed MJ’s accomplishments throughout his career. From Rookie of the Year in 1985 through to his three-peat championship seasons in 1991, ’92, and ’93, the bottom of the shoe was not only a chronicle of history, but an attractive tribute. Jordan helped his Bulls win 13 out their 17 remaining 17 regular season games wearing the Jordan 10. While they lost the semi-conference finals to Orlando, Michael was back in proper form, and a new shoe, by the following season. 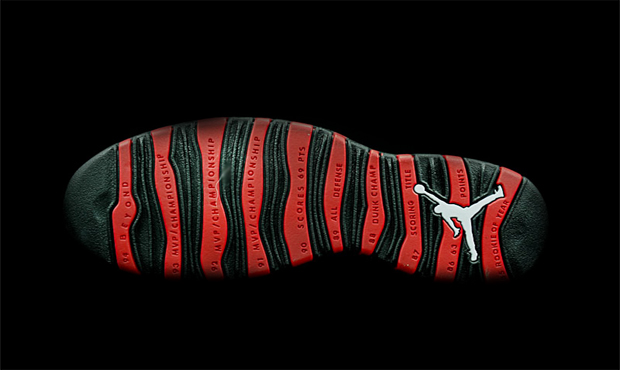