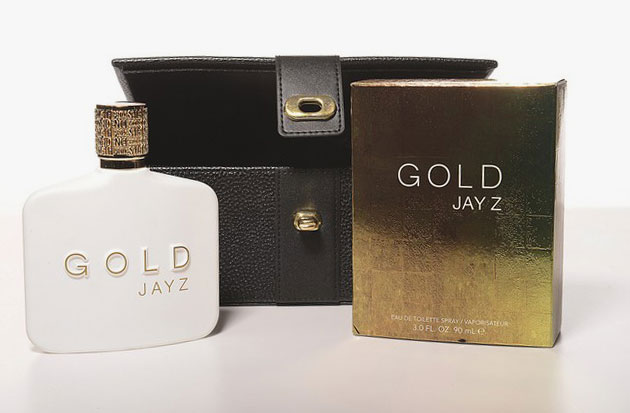 “After his Holiday 2013 collection with Barneys, and the range of watches he collaborated with Hublot on, Mr Shawn Carter is expanding his line of products even further, with the announcement that he’s releasing his first men’s fragrance. The scent, entitled, “Gold,” is part of his ongoing fashion collaboration with Barneys and will be released there on November 2o, followed by a rollout on November 29 to 2,000 other stores nationwide.

News that Jay Z is exploring new projects for revenue comes as no surprise for a celebrity of his status, but is it a good move for the rapper-turned-business mogul? It’s one of the most reliable sources of income for a celebrity brand, with Christina Aguilera counting all 11 perfumes as her main source of income. But, with all due respect to Christina, is that the market he wants to move into? It seems people usually wear celebrity-endorsed perfumes due to an overwhelming adoration with the celebrity, and perhaps because they think by wearing “their” scent, they will become that little bit more like them. I’m pretty confident that wearing “Gold,” isn’t going to make you any more like Jay Z, but maybe it’s just a truly irrestibile scent.” via HS