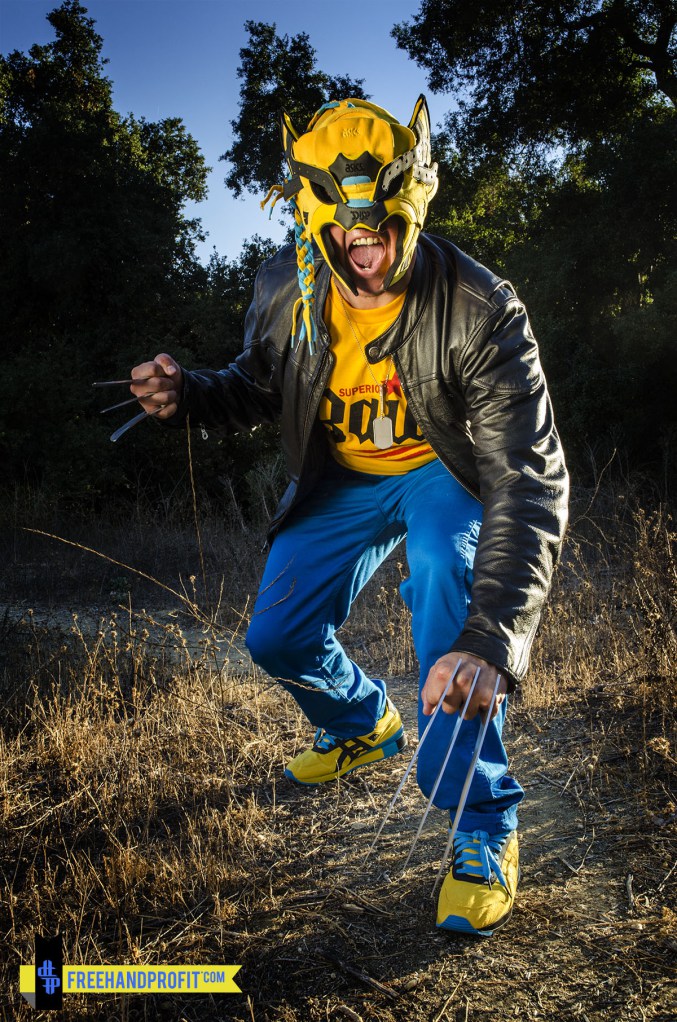 Possibly the greatest comic, X-Men first hit the stands in 1963, 50 years later the legend continues.  Wolverine aka Logan aka Weapon X has been a long standing favorite among the evolving roster. With healing powers, uncontrollable rage, razor sharp claws and an indestructible Adamantium skeleton he’s been down but never out. Today’s mask release is my tribute to my favorite Canuck.

I teamed up with BAIT to create my tribute to Wolverine. From their ‘Olympic Rings’ pack of Asics collabs, a single pair of GT-IIs is transformed into a one of a kind mask. A slight change up from my signature gas masks, this piece taps into a part of my childhood that inspires my work to this day. Many of the characters I create and photos I shoot pull from the exaggerated poses and imaginative costumes of my comic book dreams.

Be sure to catch BAIT at Stan Lee’s Comikaze Expo this weekend or everyday in Diamond Bar at their flagship store.

This mask was modeled by Victor Frosto, friend and fellow comic book fan. We met up in Diamond Bar at the BAIT shop for the shoot. Victor even rode out on his Harley, the perfect addition for this unique photo shoot. 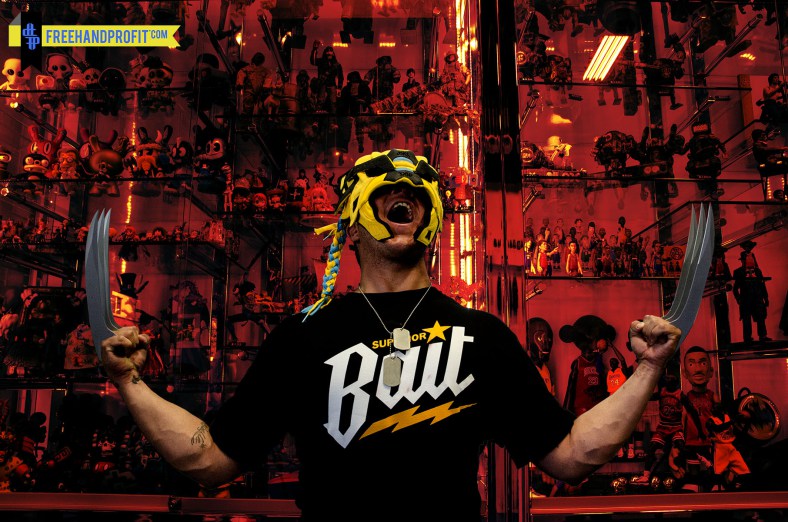