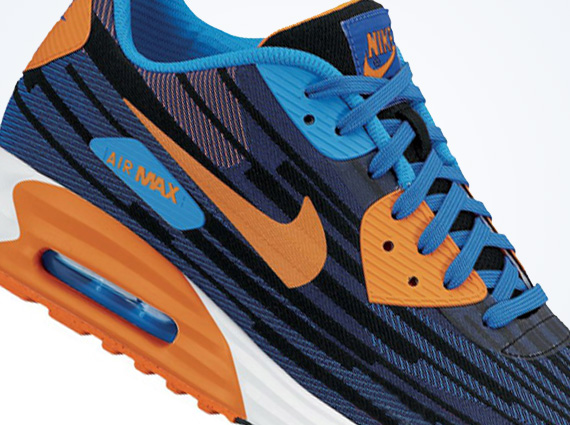 The first of the Nike Sportswear Air Max classic runners we saw with the JCRD upper was the Air Max 90 back in a September preview.  It turns out that’s not the only version of this shoe that will be releasing in 2014, as the Nike Lunar Air Max 90 JCRD makes its first appearance here today.  As its name would imply, this edition uses a LunarLon midsole as the carriage for that familiar Max Air window, while the upper is treated to that Flyknit-ish upper including Hyperfuse details via SN