Jordan 13: The shoe for an animal 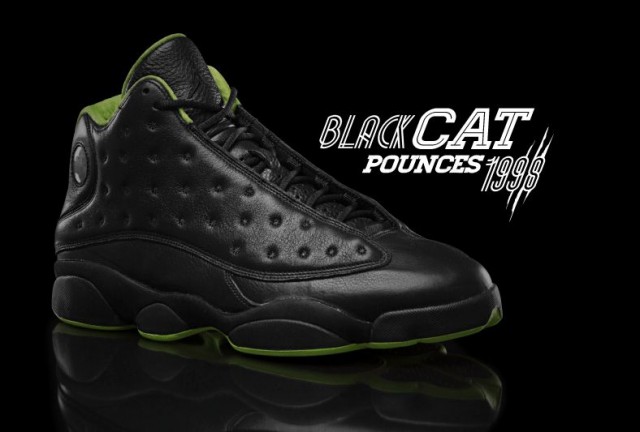 Tinker Hatfield was on one when he designed the Jordan 13. After solid success in both form and function with the Jordan 12, Hatfield stepped it up in both arenas. Michael was often referred to as “The Black Cat” for his moves on the court. Just like a panther, he would watch his opponent, follow their moves and target them with speed and agility. Before his prey would know it, Michael was rushing past them, dunking on them, or stealing away their ball. It was that stealth ability and speed that served as the inspiration for the Jordan 13.

With a sole patterned after the paw of a panther, the Jordan 13 was widely embraced for its increased traction, which was surprising after the success and durability of the 12. One downgrade from the 12 was that the Zoom Air Unit was no longer full length. It remained in the heel and toe, but lacked the same spring. However, with a lower profile than the 12, the Jordan 13 still made for a solid grip on the court with maximum comfort. Many ballers today still keep themselves stocked in fresh 12s and 13s for that reason. 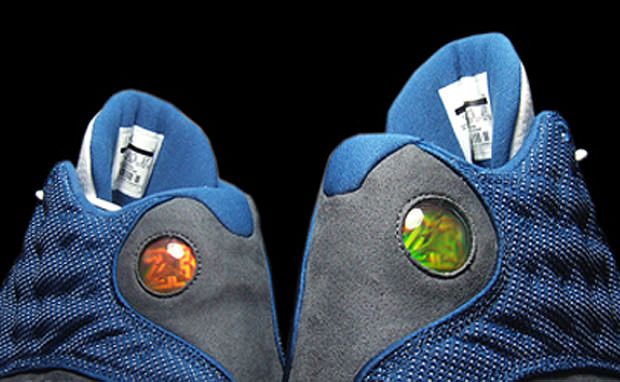 The Jordan 13 was the first and only shoe in the line to feature a hologram. It has the Jumpman logo in front of a basketball and MJ’s 23. When light shines on the hologram in the dark, it shines like a panthers eye staring you down. While the hologram was hot at first, over time it would fog up and become an eye sore on the shoe. The ventilation issues with the 12 must not have been much of a deterrent since the Jordan 13 was also heavy on grip rather than breathability. The dimpled upper on PU (polyurethane) coated leather made it far more resistant to cracks, but the PU tended to pull away from the leather as it wore in, which would end up looking like sole separation.

CHECK OUT THE AIR JORDAN 12 HISTORY AND COLORWAYS 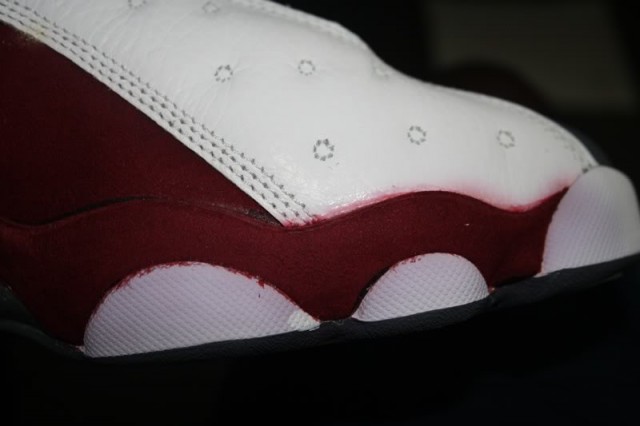 Speaking of the sole, as unique as it was, it also had bleeding problems. Especially noticeable on the white soles, they messed with the clean colorway. Originally released in 7 colorways, the Jordan 13 came in white/ true red – black (dubbed the “He Got Game” thanks to Denzel’s appearance in them during the Spike Lee film), black/ true red-black (MJ’s playoffs model), French blue/ university blue-flint grey, white/ black – true red – pearl grey, black/ varsity red and two low versions, black/ chutney, and Navy/ metallic silver – black – Carolina blue. 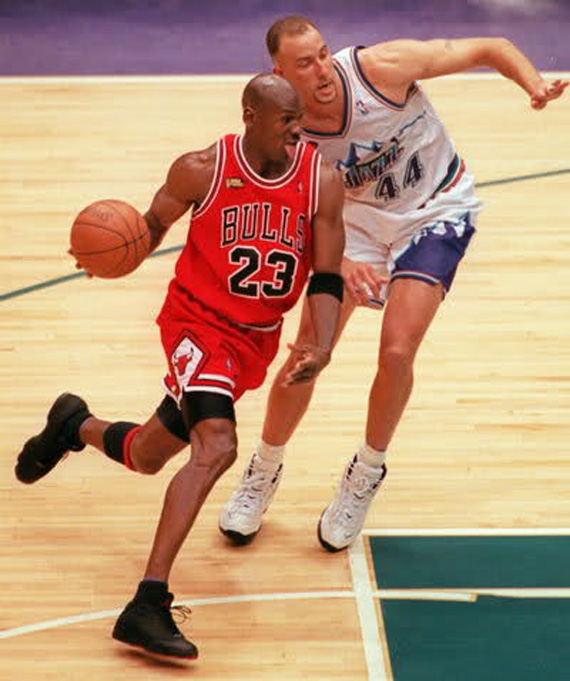 The Jordan 13 brought Michael another NBA Championship over Karl Malone and the Utah Jazz, his second 3-peat, a fifth consecutive regular season MVP award, and his record holding sixth Finals MVP. While the Jordan 13 would see retro after retro in an onslaught of colorways, as well as a monsoon of knockoffs coming out of China, Jordan and the Chicago Bulls were headed for chaos of their own. The Jordan 13 wouldn’t be the last shoe Jordan wore on the court, but it would be the last that he won an championship in.

CHECK OUT THE AIR JORDAN 11 HISTORY AND COLORWAYS 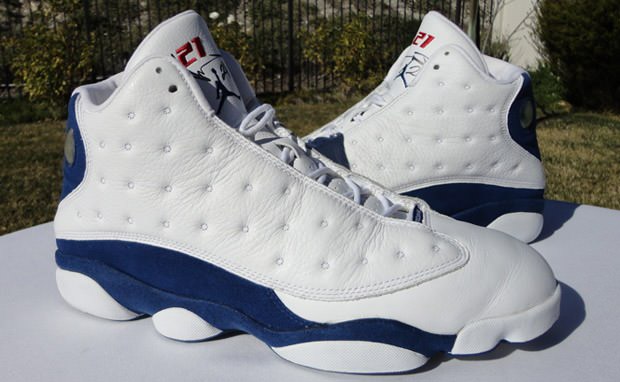