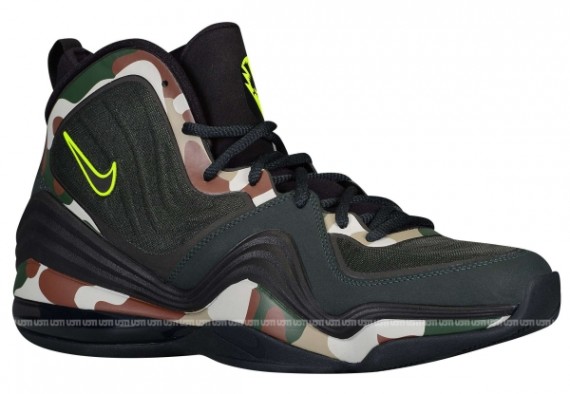 These aren’t as dope as the Pippen camo’s, but its a pretty cool shoe. The Penny V takes a “Camo approach for the Holiday shopping season.

It’s been quite some time since we checked up on the Nike Air Penny 5 “Camo” colorway. The good news is that this latest look also comes with some release info. The sneakers will be in stores at the end of this month-November 29th to be exact. The combination of camo and volt is one reminds us of that Nike Air Foamposite Pro “Camo” release, especially since the both sport that bird looking logo. Get a quick look at this Nike Air Penny 5 below and circle the 29th on your calender if you’re hoping to cop. via SN