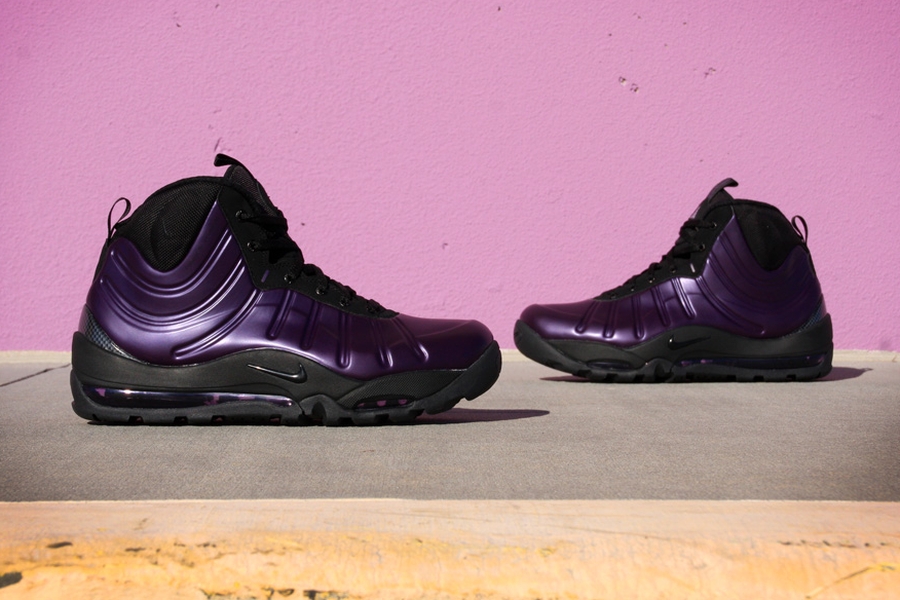 The Nike ACG Air Max Bakin’ Posite Boot has been on a bit of a hiatus going MIA for awhile. When the “Cough Drop” version of the silhouette dropped people were eager to see what other iconic Foamposite color-schemes Nike was going to release. Since its release we have seen the Cough Drop, Peweter and a Stealth color-way making people ever more thirsty for a Eggplant counterpart sadly the silo never released.  Lucky for us after a few years of waiting we finally have the “Eggplant” version that fans of this silo have hoped for, for so long. These are arriving at select retailers so grab yours after the jump and keep it locked here at 8and9.com for more. 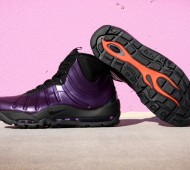 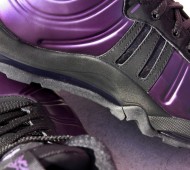 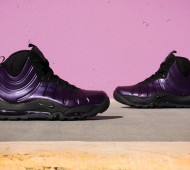 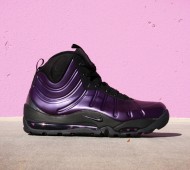