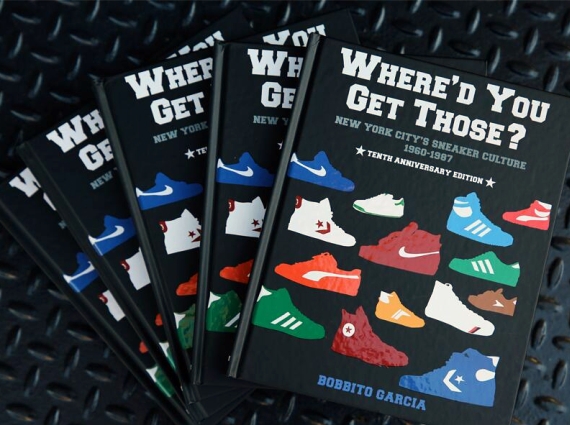 Last month we gave you a glimpse at the book “Where’d You Get Those?” by Bobbito Garcia re-releasing for its 10th anniversary. The Book is now available via Amazon and a few well respected sneaker retailers. This book originally released in 2003 and is a sneaker almanac for iconic foot-wear from 1960 to 1987. This is apart of sneaker history we are sure the sneaker world can appreciate to be back available. For the up and coming generation this is a cool piece to be able to collect being that those who are 21 now were only 11 when the book first released, Keep it locked here at 8and9.com for more and pic up a copy of “Where’d You Get Those?” by Bobbito Garcia after the jump.

The post In Stores Now: “Where’d You Get Those?” by Bobbito Garcia 10th Anniversary Edition appeared first on 8&9 Clothing Co..