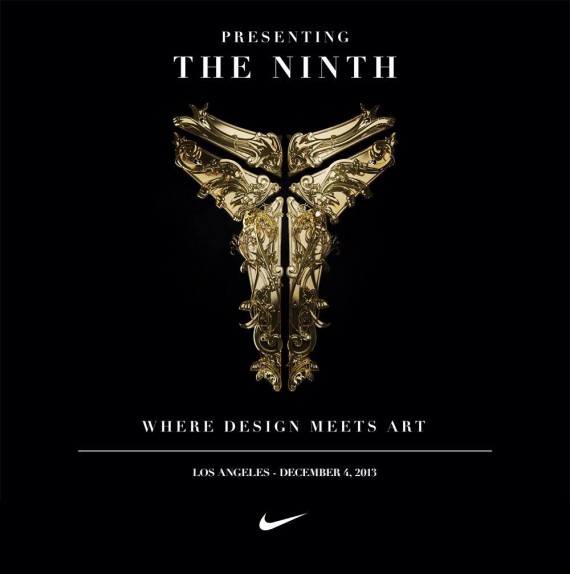 After getting the first glimpse of the Kobe 9 via a leaked picture we knew that the Nike unveiling of the sneaker would shortly follow. That being said today we laid eyes on this Nike add announcing the official unveiling of the “Ninth” aka the Nike Kobe 9. The event will be taking place in Los Angeles on December 4th. The phrase “Where Design Meets Art” can be seen at the bottom of the add signifying that there will be and elaborate set up and display similar to the LeBron  11 Nike unveiling. Keep it locked here at 8and9.com for an event recap and for more updates on the new Kobe 9 silhouette.