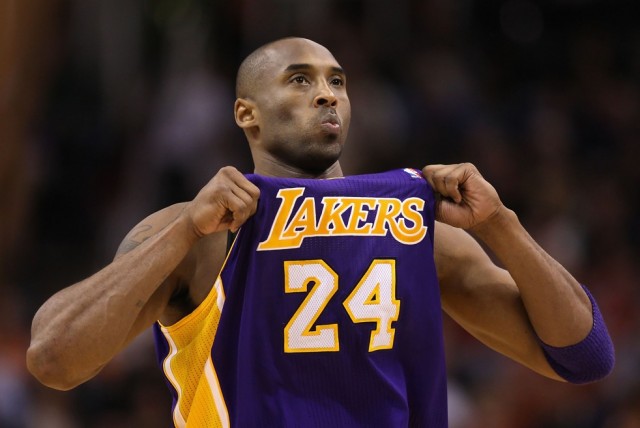 Wearing his practice shorts and a sweatshirt, Kobe Bryant looked as if he was ready to return action.

After the Los Angeles Lakers signed the fourth-leading scoring in NBA history to a two-year contract extension, Bryant said he can’t wait to play.

“The Lakers came up with the structure – a system and a plan they thought was a win-win for everybody involved. From my perspective, it was very easy to accept it,” Bryant said.

In what he says will probably be his final contract, Bryant says there was no negotiation.

Bryant’s new deal is reportedly worth $48.5 million, and it takes him into his 20th season with the Lakers.

He hasn’t played this season while recovering from surgery in April on a torn Achilles tendon. He won’t play on this three-game road trip, but he’s looking forward to three practices in the four days off that precede Los Angeles’ game in Sacramento on Dec. 6 as a possible return.

“Those three days when we get back are going to be huge,” Bryant said. “I need some more practices to measure it and test it.”

Rejecting criticism from those who said that Bryant’s contract will hamper the Lakers from adding another star, he said his understanding was the team could keep Pau Gasol, him and still pursue someone else.

“From what I saw – absolutely,” Bryant said. “I think we’ll be all right.”

Bryant declined to specify another star player he’d like to team with.

“We have the ability to do something special. The Lakers are a stand-up organization, and they stepped up to the plate.”

Bryant thanked Los Angeles for sticking with him through the long recovery from surgery. He said he never contemplated ending his storied playing career.

“It makes me want to run through a wall for them,” Bryant said. “It kind of adds more fuel to the fire to be able to prove to everybody that they’ve got it right – and everybody else is wrong.”

Entering Tuesday’s game against the Wizards, the Lakers are just 7-7. Bryant is hoping he has his old explosiveness, but admits he may need to make some adjustments.

As he nears the end of his career, Bryant looked back on his rookie year in 1996 when he was an 18-year-old high schooler training in Hawaii with the Lakers.

“That’s a long time to be doing anything,” Bryant said. “It went by so fast.” via NBA