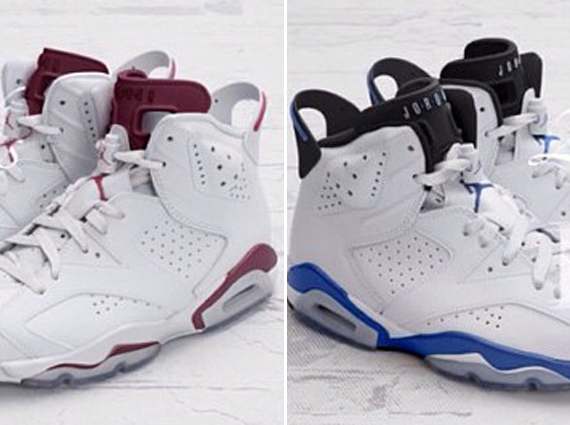 Here’s something to be thankful for – two more OG Air Jordans for 2014. The “Sport Blue” and “Maroon” iteration of the Air Jordan VI will make a comeback during the next calendar year, but no word if these will feature the original Nike Air branding on the heel (although how great would it be if Jordan Brand gave these the “OG” treatment?). We’ll have release dates for you soon, but in the meantime, let us know which of the two you’re looking forward to more. via SN