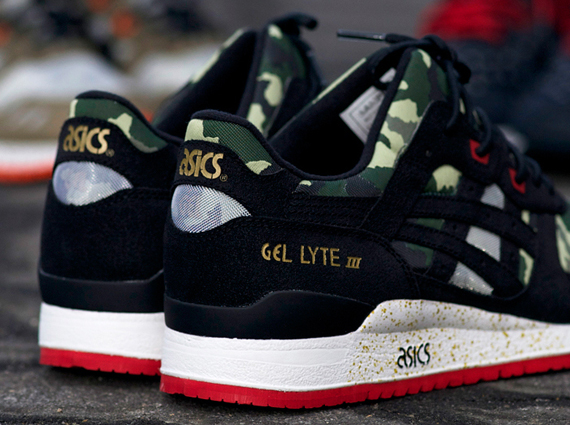 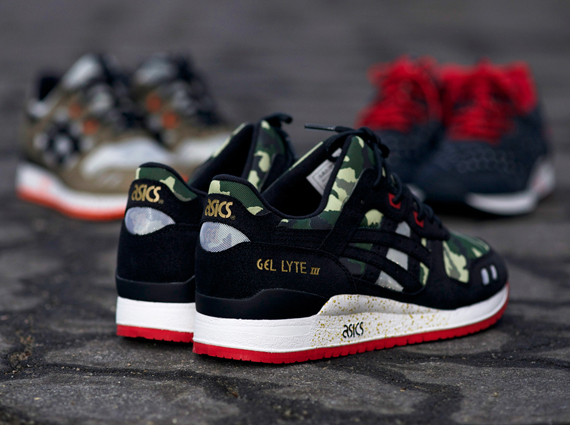 Before BAIT even opened its doors in Diamond Bar, CA, they were building the brand by issuing the ‘Five Rings’ collaboration with Asics.  In the year-plus since, we’ve seen the PYS-affiliated store team up on several other sneaker collabs, including Colorado 85s and Gel Sagas from Asics.  Here we see them come full circle with another multipack as the BAIT x Asics Gel Lyte III ‘Basics Model-001 Vanquish’ makes its first appearance and promises two follow-ups.  This camouflage and black suede design featured gold and red accentsand looks to be followed by a couple more pairs with graphic textures on the base layer.  Stay tuned to Sneaker News for all the release info and let us know how these compare to all the other camo kicks we’ve seen of late. via SN