The Nike Cortez has had a huge year with multiple Quick-Strike packs and re-releases of classic Cortez color-scheme’s, today we are giving you a look at these “Disco” Nike Cortez’s set to drop at the beginning of 2014. The sneaker was given a silverish nylon upper with a black pixelated design giving the sneaker he appearance of a disco ball hence the “Disco” dub. The disco ball upper was contrasted by a black toe, laces, tongue,heel tab and back heel. A touch of red was added to the swoosh’s, lining and midsole adding the perfect accent for these WMNS Cortez set to drop next year. Take a look at the gallery after the jump and keep it locked here at 8and9.com for more updates and release info. 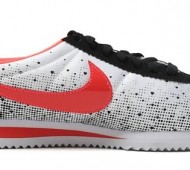 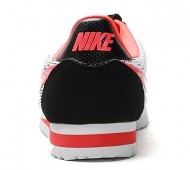 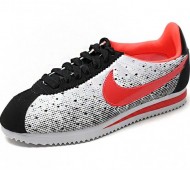