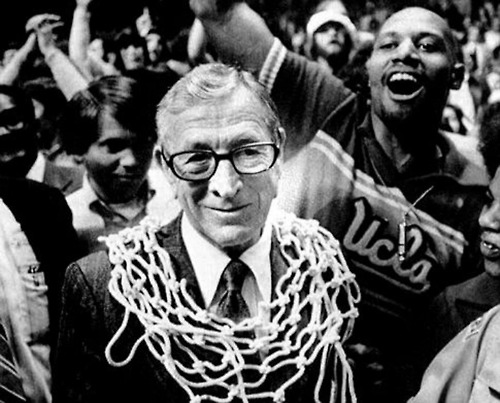 Happy Monday, ya’ll! Here’s something I found interesting this morning while scrolling on Forbes. Just because somebody happens to be busy all of the time, it doesn’t mean they’re getting the right things done. I can be on the internet all day but it doesn’t mean I’m really accomplishing anything if I’m not getting the RIGHT things done. Apply this to your week and see how many right things you get done:

You can make an extremely credible argument that John Wooden is the most successful coach who ever lived.

He won ten NCAA national basketball championships–and seven in a row in a 12-year period—as head coach at UCLA.

And while you can find professional coaches, such as Red Auerbach, who did slightly better, Auerbach and his peers had the luxury of keeping players like Bill Russell for extended periods.

Wooden’s players graduated every four years–and for most of his career were only allowed to play varsity for three–and he would have to find new ones and start teaching all over again.

When people asked him for his ”secrets” of success, Wooden would invariably say one key factor was that you never want to confuse activity with accomplishment.

The simplest example of that?

Just because you show up at work every day doesn’t mean you are getting anything done.

In fact, thinking about the numbers of hours you work, just confuses the issue.

Time is not a factor. Quality, making progress, and accomplishing your goals is.

The activity–going to work; returning emails; going to meetings–in and of itself doesn’t lead to accomplishing anything (although it can easily take up most of your day. A friend of mine, who has never achieved as much as I thought she could, says she spends three-hours a day just returning emails.)

What does it take to get the job done right?

Wooden believed that you had to follow a defined, planned out, routine that maximized efficiency. And you had to do that until it became second nature to you.

My takeaways from John Wooden?

1) Before you turn off your computer for the night the question to ask is not how busy you were during the day, but how much closer you came to accomplishing your most important goals.

2) Do you have a routine in place to get the absolute most out of tomorrow?

The post If You Want To Be Successful, Don’t Confuse Being Busy With Getting The Right Things Done appeared first on 8&9 Clothing Co..